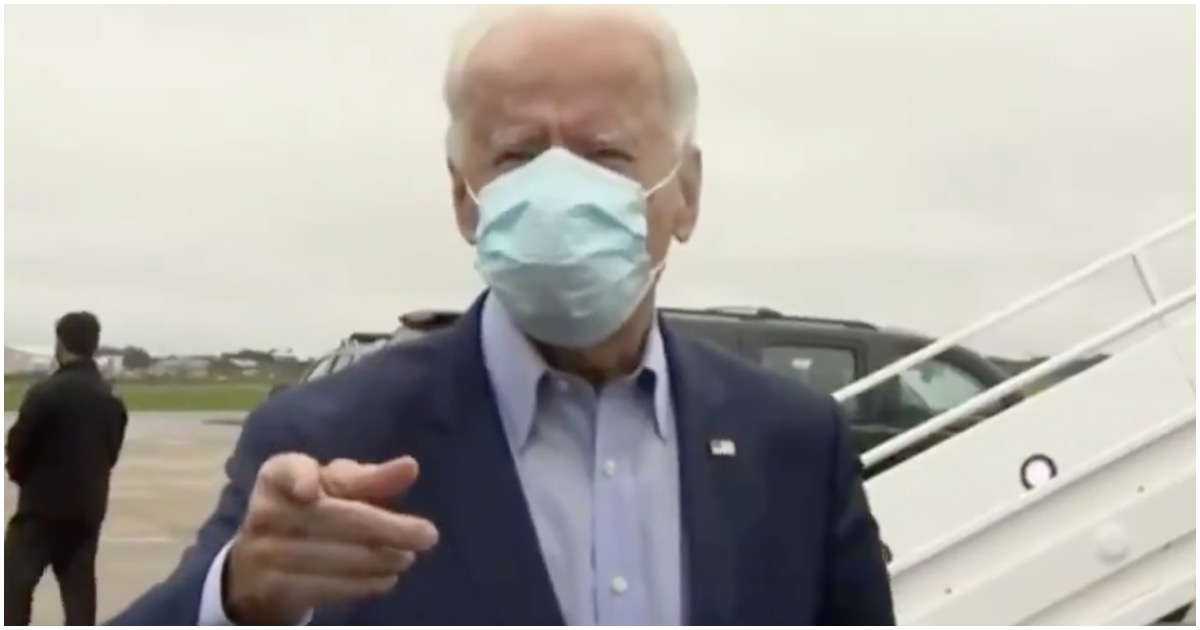 Utah Senator Mormon Romney probably won’t vote for Donald Trump in November. He is a RINO in every sense of the term: Republican In Name Only.

What’s that? You say his name is “Mitt”?

Hmm. I don’t know. I think we should just trust Joe Biden on this one.

“I got in trouble when we were running against that senator who was a Mormon, the governor” pic.twitter.com/h2oE4IBw4G

And here’s Joe, again, claiming he’s a candidate for Senate…

Joe Biden: “I’m running as a proud Democrat for the Senate”https://t.co/hsTHCunJzQ pic.twitter.com/H96lX0qTWS

Sleepy Joe Biden had a particularly bad day today. He couldn’t remember the name of Mitt Romney, said again he was running for the U.S. Senate, and forgot what State he was in. If I did any of this, it would be disqualifying. With him, he’s just Sleepy Joe!

This isn’t the first time Biden accidentally told supporters that he was running for the Senate. Back in February, at a Democratic event in South Carolina, he misspoke about which office he was seeking.

“You’re the ones who sent Barack Obama the presidency. And I have a simple proposition here: I’m here to ask you for your help,” Biden pleaded to Democratic voters. “Where I come from, you don’t go very far unless you ask. My name’s Joe Biden. I’m a Democratic candidate for the United State’s Senate. Look me over. If you like what you see, help out. If not, vote for the other Biden. Give me a look though, OK?”

OLD JOE I’M BEGINNING TO THINK HE DOESN’T WANT TOBE RUNNING FOR PRESIDENT BUT BEING PUSHED INTO IT.

Democrats are Democrats, Über Alles.They thrive in the land of make believe.