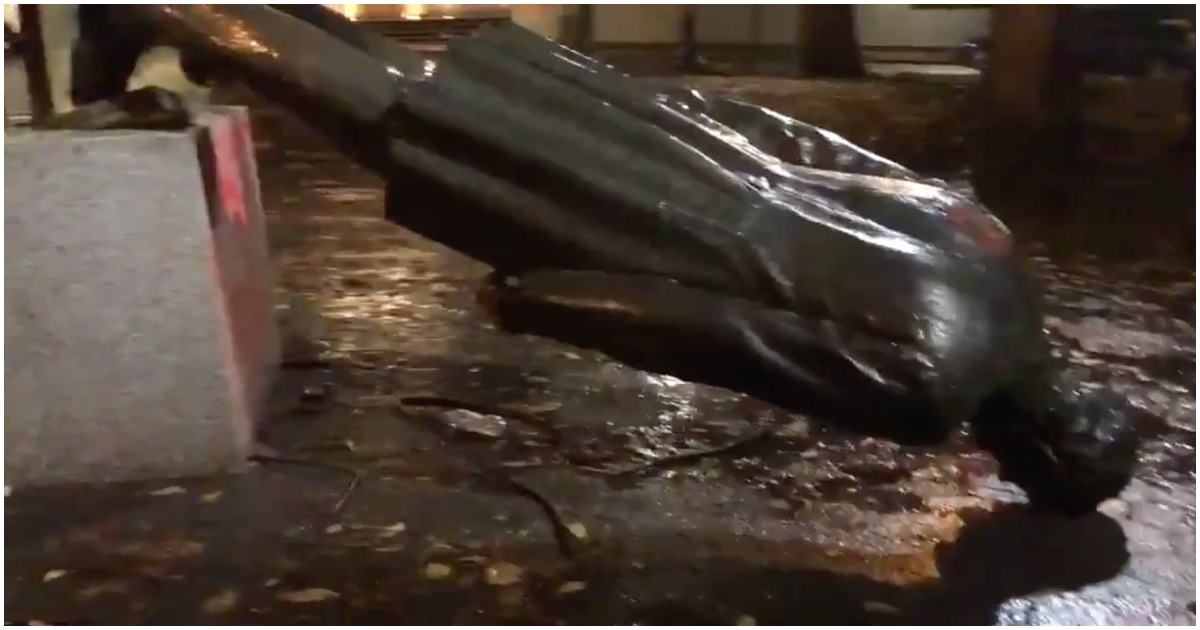 The following article, Statues of Lincoln & Teddy Roosevelt Toppled By Antifa During Columbus Day ‘Riot’ (Videos), was first published on Flag And Cross.

These people are so consumed with hate. Imagine if they put all their energy into actually accomplishing something good, instead of reinforcing the narrative that all liberals are mentally unstable.

If you’re a conservative living in Oregon…why?

Check this out, via Oregon Live:

A group of protesters toppled statues of former presidents Theodore Roosevelt and Abraham Lincoln and shattered the entrance to the Oregon Historical Society in Portland’s South Park Blocks late Sunday before moving into other areas of downtown, smashing storefronts and engaging in other acts of destruction.

Police declared the event a riot and ordered people rampaging through the city’s streets to disperse but did not directly intervene until nearly an hour after the first statue fell. The crowd scattered when police cruisers flooded the area, and officers in tactical gear appeared to make several arrests.

The Abraham Lincoln statue in Portland was toppled tonight by the “indigenous” faction of antifa who organized a “day of rage.” #PortlandRiots pic.twitter.com/HJ6ul7p4Hi

“F— all you colonizers!…Everyone of you that’s against Black Lives Matter can f— the f— off.”

Antifa rioters in the process of toppling the Portland statue of Roosevelt. They were soon successful in pulling it down. Video by rioter Tracy Lynn Molina. pic.twitter.com/D5XgfX3slR

I accidentally deleted this, so here it is again:
Theodore Roosevelt statue toppled and covered in red-orange paint.

I did not manage to get a picture of Lincoln's face plant, unfortunately. pic.twitter.com/mxcTYDayq6