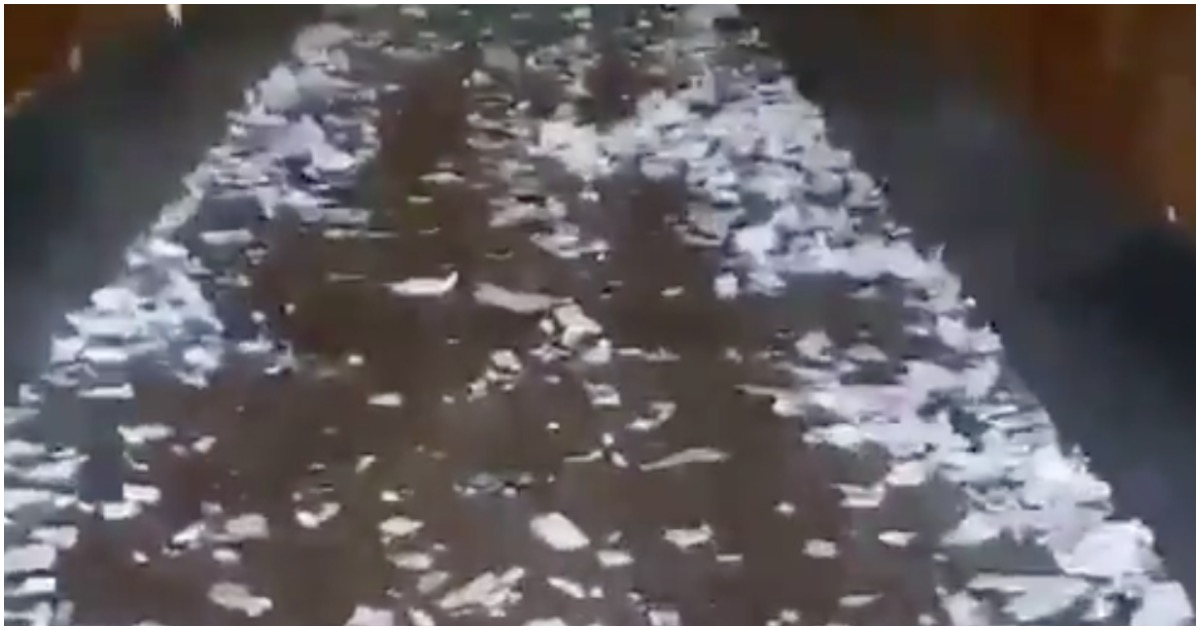 How can this country have a fair election if stuff like this keeps happening to President Trump? Why don’t we ever hear stories of things like this happening to Joe Biden?

The fact of the matter is that Democrats don’t care and they’re not even trying to hide it. They will literally do whatever it takes to ensure a Trump defeat.

The problem is that if Joe wins, everyone loses.

Correction but Breaking: Shredded Pennsylvania Mail in ballot Applications were discovered in a trailer.

The applications were for @realDonaldTrump.

The video evidence was submitted by a fan to @oldrowswig from Old Row, a Barstool Sports Company

This is not ok! Retweet pic.twitter.com/YnigdWTG9x

Check out what else is going down in the Keystone State, via Breitbart:

But, but, the dems have assured America that there is no voter fraud?? Perhaps they mean that there’s no voter fraud going on against democrats, only against republicans? Or perhaps it’s only a coincidence that the destroy ballots were all for Trump……

They also said if you like your doctor and insurance you can keep them. Also that Trump colluded with Russia. The ACA would save you $2500.00 a year.ETC., ETC., ETC.. DEMOCRATS ARE DIVORCED FROM THE TRUTH.

If Democrats cannot win, they change the rules.