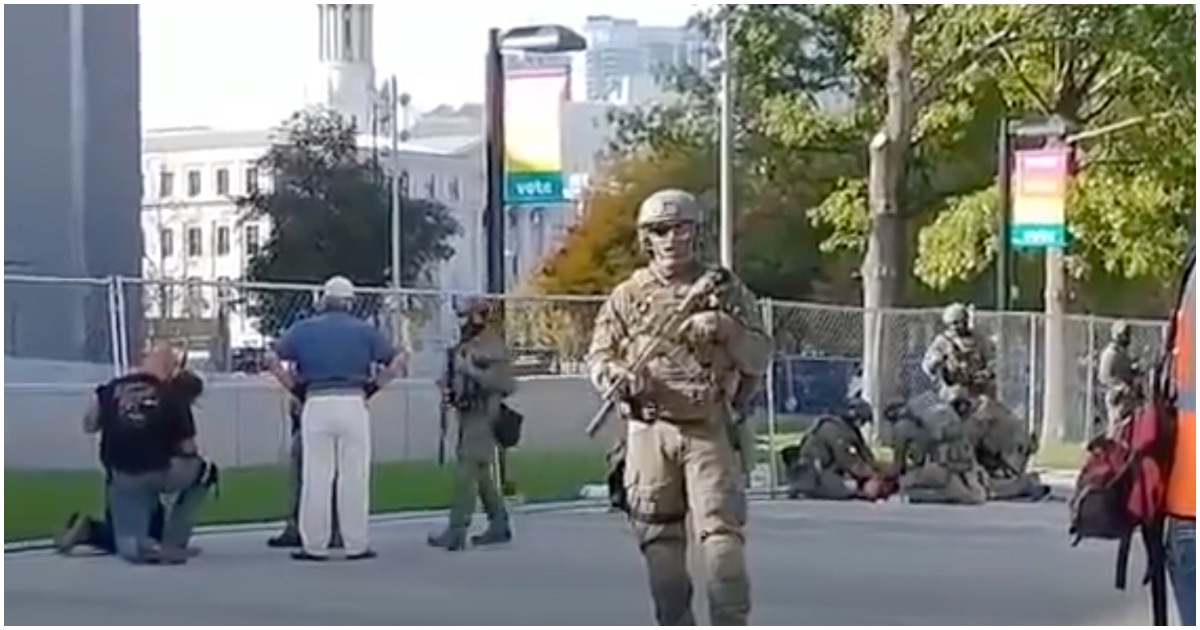 The following article, Pro-Antifa Man Who Killed Trump Supporter In Denver Was Not A Licensed Security Guard, was first published on Flag And Cross.

At first, it was reported that the killer of a Trump-supporting man in Denver was not associated with Antifa. That was a lie.

When Antifa radicals learned that a Trump supporter was murdered, they cheered. Vile people.

Now, the story continues to evolve.

Here’s the deal, via TDW:

The security guard hired by 9NEWS Denver, an NBC affiliate, who allegedly murdered a right-wing protester on Saturday was not licensed to be a security guard in Denver, according to the city.

Matthew Robert Dolloff, 30, was charged with first-degree murder for allegedly shooting and killing Lee Keltner, 49, a Navy veteran. Dolloff was allegedly a private security guard who was contracted through Pinkerton by 9NEWS.

According to witnesses, Antifa/BLM protesters were engaging in a war of words with Patriot Rally attendees when a Patriot Rally marcher, apparently concerned for his own safety, deployed a can of “bear spray” against another individual, who was providing private security for the 9News crew on the ground covering the events. The security guard fired at the Patriot Rally protester in response, killing him.

So the Denver @9NEWS security shooter, Matthew Robert Dolloff, now arrested for murder has quite the Facebook post history. From F@ck the Police (FTP), to sharing Occupy Denver/ Democrats, to his F@ck Trump.
What I can’t find is any kind of security/police/military background. pic.twitter.com/oPtb2YSpR3

Continue reading: Pro-Antifa Man Who Killed Trump Supporter In Denver Was Not A Licensed Security Guard ...