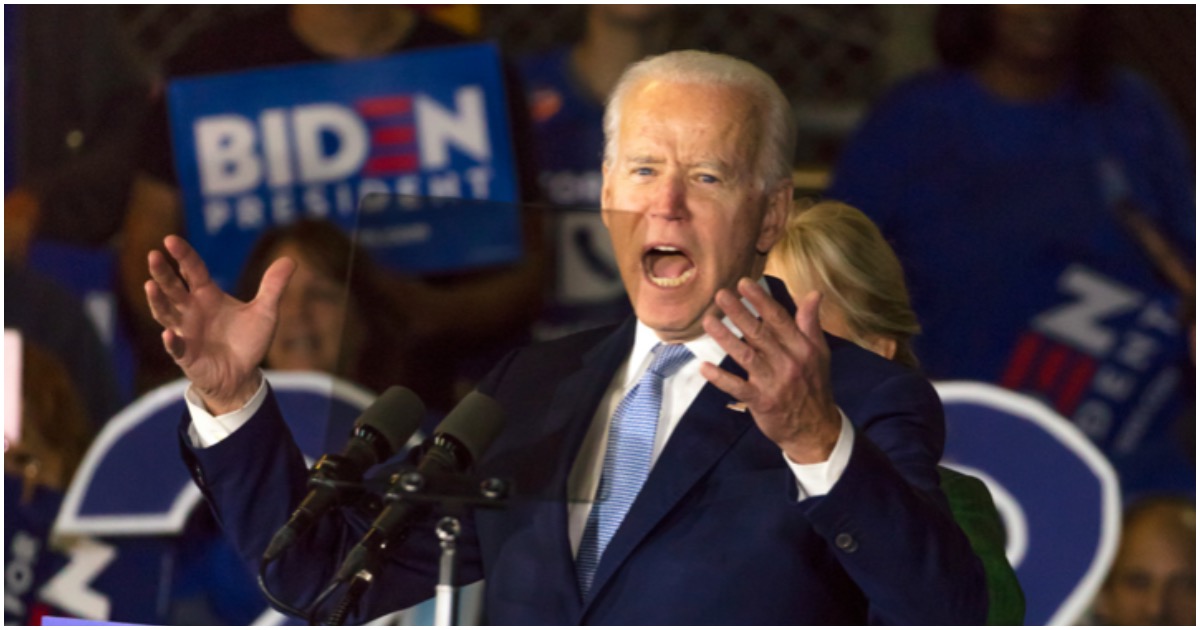 The following article, Flashback: Biden Thinks 1918 Spanish Flu Pandemic Occurred In 1916 or 1917, was first published on Flag And Cross.

*Originally published April 2020* He’s gone, folks. Joe Biden is completely, entirely, undeniably gone – completely out of it. His mind no longer functions in the same manner as a same human being. And it’s sad to see.

Here’s a brief history of the 1918 Spanish Flu pandemic, via CDC:

The 1918 influenza pandemic was the most severe pandemic in recent history. It was caused by an H1N1 virus with genes of avian origin. Although there is not universal consensus regarding where the virus originated, it spread worldwide during 1918-1919. In the United States, it was first identified in military personnel in spring 1918. It is estimated that about 500 million people or one-third of the world’s population became infected with this virus. The number of deaths was estimated to be at least 50 million worldwide with about 675,000 occurring in the United States.

During a Sunday interview, Biden blabbered, “We cannot let this, we’ve never allowed any crisis from the Civil War straight through to the pandemic of 17, all the way around, 16, we have never, never let our democracy sakes second fiddle, way they, we can both have a democracy and … correct the public health.”

Joe Biden: “We cannot let this, we’ve never allowed any crisis from the Civil War straight through to the pandemic of 17, all the way around, 16, we have never, never let our democracy sakes second fiddle, way they, we can both have a democracy and … correct the public health.” pic.twitter.com/Ymz8JtQvjH

.@JoeBiden during the #Kavanaugh hearings said :

"When a woman alleges #sexualassault, presume she is telling the truth"

Why is media ignoring these allegations against Biden now?https://t.co/cWChhAu5tw

My lovable stutter shows up every now and again with that wandering hand. Vote Joe! pic.twitter.com/Yr3VahUmu6

Poor kids can only be as smart and bright as white kids if they hear words and play the record player for an adequate amount of time daily. pic.twitter.com/nt6kx1Cr2v

Take a look back and RT what the liberal media and Joe Biden said about President Trump's aggressive, early response to the #coronavirus.

Thank God @realDonaldTrump is the one in charge during this scourge! pic.twitter.com/d6OtmWrGmb

Tara Reade: Joe Biden sexually assaulted me in 1993 and completely shattered my life.

“My name is Joe Biden. I’m a Democratic candidate for the United States Senate. Look me over, if you like what you see, help out. If not, vote for the other Biden.” pic.twitter.com/whZkV1hCaz

Remember the cognitive test I gave @realDonaldTrump? The one he aced! Sounds like somebody else might need some testing done!! Scary!! https://t.co/MhantZoHIy

Biden's statements aren't funny. I think you should have had a better take on his misstatements. Biden has a wealth of political and public speaking experience for this to be a gaff.

Jill and their children need to talk to him about his well-being and campaign.

Dementia/Alzheimer’s 101. This guy should be enjoying his declining years in retirement with his family, not running for President.

Joe's wife needs to intervene and tell him it's time to come home.