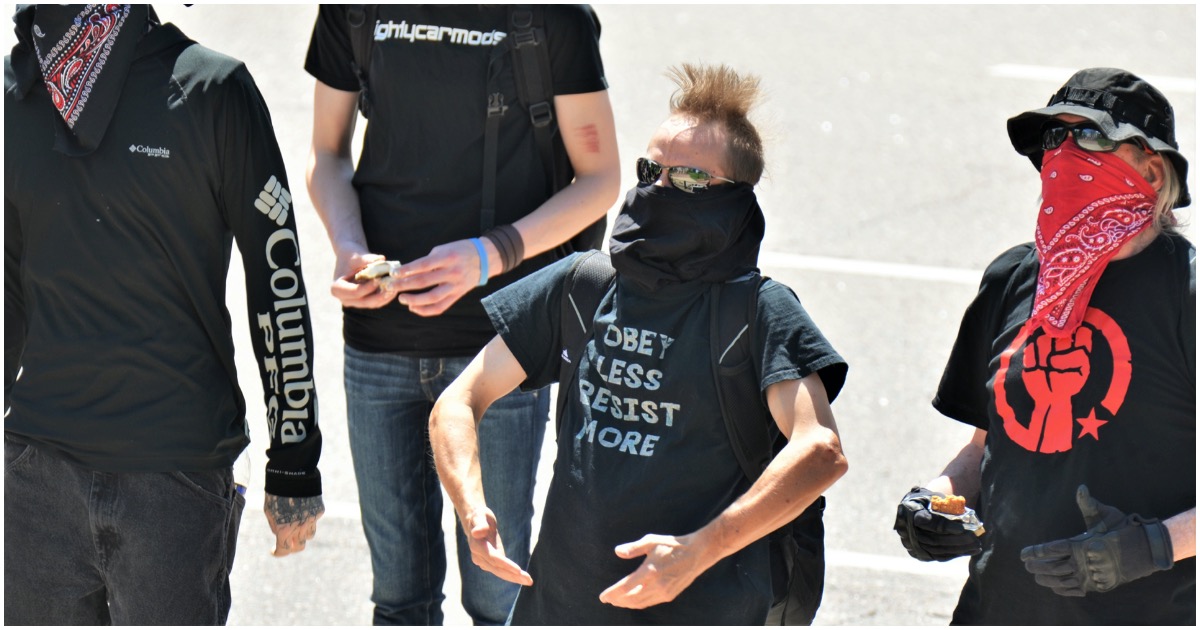 The following article, Report: Antifa Members Allegedly Vandalize Home of GOP Candidate At Five In the Morning, was first published on Flag And Cross.

Both men are ignorant to the facts.

“At 4:55am last morning, activists from far-left fringe Antifa groups acted on the aggressive rhetoric of my opponent and committed gross acts of vandalism and destruction of property across this district,” Cawthorn posted Saturday on Facebook. “My opponent’s strike force inflicted thousands of dollars of damage to both public and private property.” 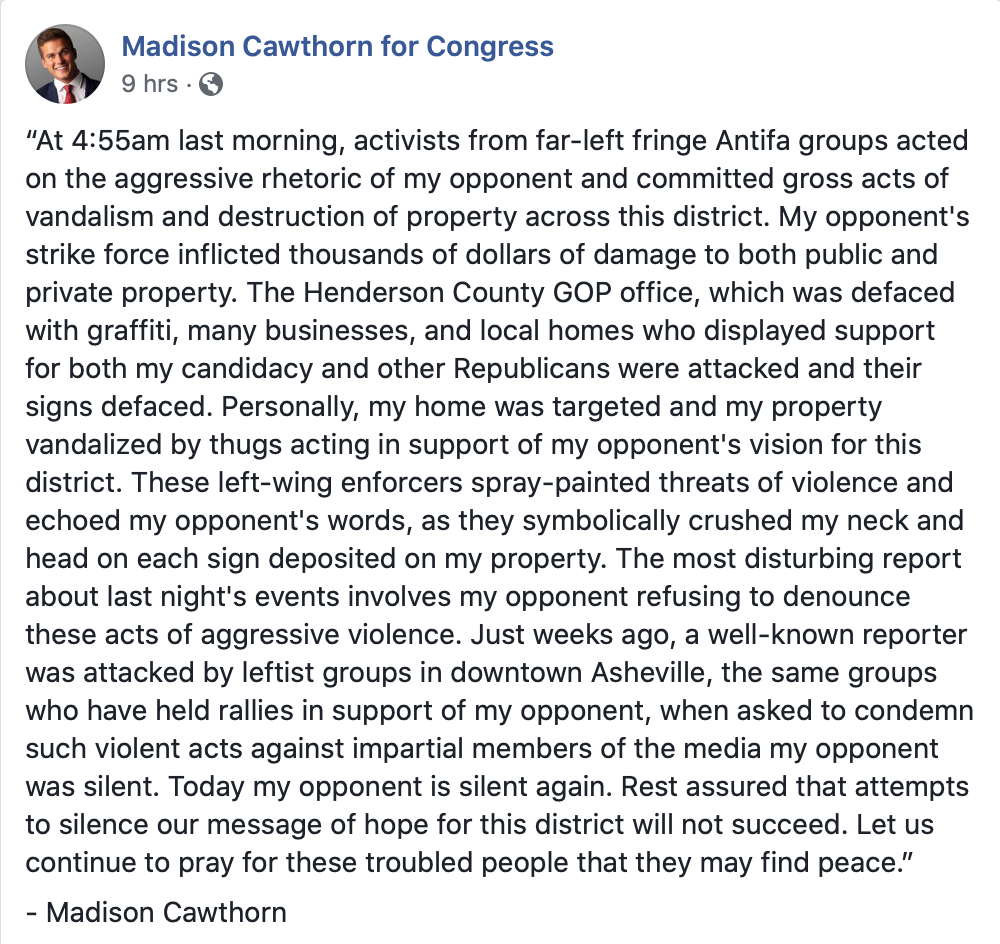 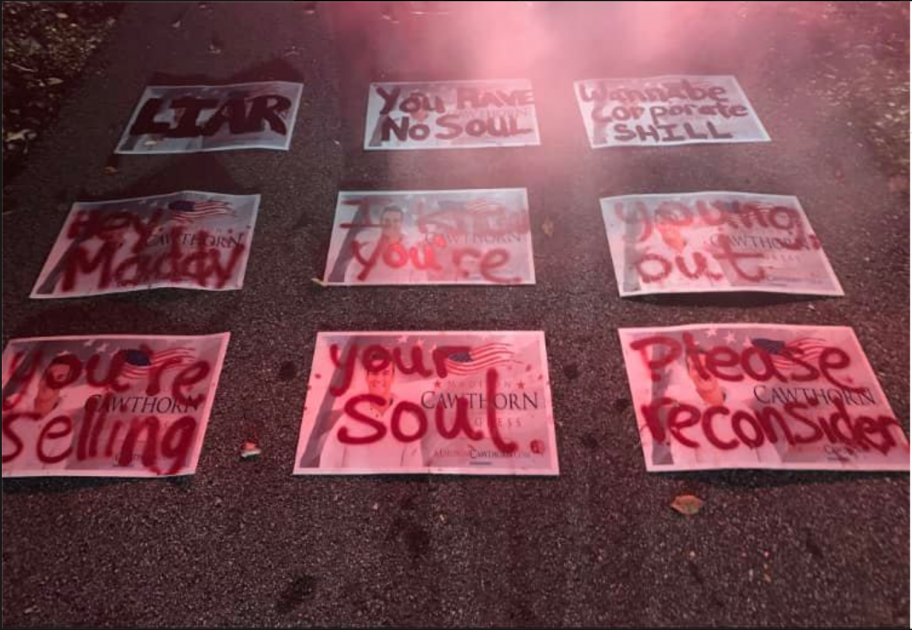 All these Antifa goons will, hopefully, look back on their lives in 20 years and say, Wow, I was some kind of idiot.

BLM rioters are obviously no better.

When a cop gets smacked in the head from behind with a baseball bat, while also defending himself from violent leftists coming after him from the front, shouldn’t that be enough to make headline news?

Not in 2020, when all that matters is President Trump loses.

Nothing that could possibly make Biden voters look bad will be reported.

And the worst part is that Joe, Kamala, Nancy, Chuck, and the rest of ’em won’t say a word about any of this.

Black bloc terrorist tries to kill a Seattle police officer by hitting him in the head with a bat. The Council and Mayor will say nothing. pic.twitter.com/L7Giudj8Ey

Although biden & nadler appear to be ‘ignorant’, doubtful that they are really not aware that the antifa criminals are a part of the democrat political party and their ‘duty’ is to cause disruption & crime against Americans with the dems to try to blame President Trump and affect the election.

Give the police the go ahead to take down these Antifa scum with brute force. These radicals who are being supported by Soros and his cabal of anarchists should be put down like the rapid dogs they are.