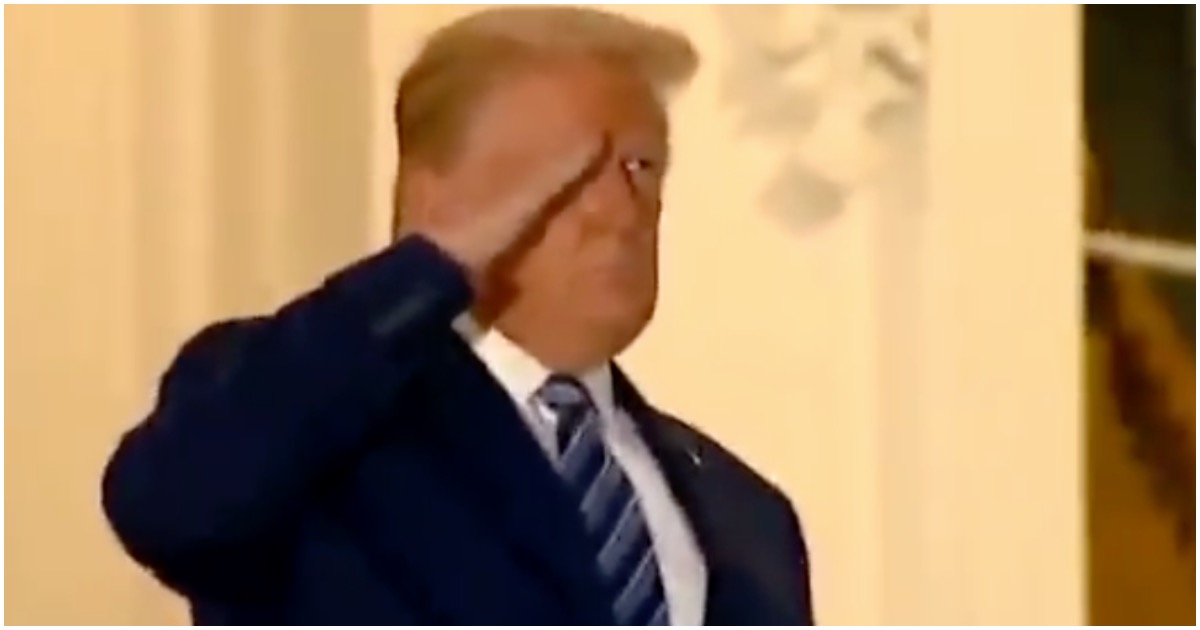 The following article, ICYMI: President Trump Saluting Marine One Is A ‘Mussolini Moment’ Says MSNBC, was first published on Flag And Cross.

It’s takes a special kind of ignorance to compare the president of the United States to Italian dictator Benito Mussolini. After all, Trump oversaw a thriving economy and record-low unemployment numbers before the pandemic.

But don’t tell that to the goofs over at MSNBC.

They have an agenda to push.

BREAKING VIDEO: Trump salutes Marine One after taking his mask off. MSNBC calling it a “Mussolini Moment.”CNN calling it “something out of North Korea.” pic.twitter.com/Y9Q9cd7lrG

Like a boss. Mask Off. CNN in shock. pic.twitter.com/VDIeJZ5JPy

President Trump told Americans not to be afraid of the coronavirus upon returning to the White House Monday night after spending three days in treatment at the Walter Reed National Military Medical Center.

msnbc is the most political & worse excuse of a news agency in America, having come in even ahead of cnn. Disturbing to realize that too many people watch and receive the fake-news & lies put forth by their commentators & liberal guests.