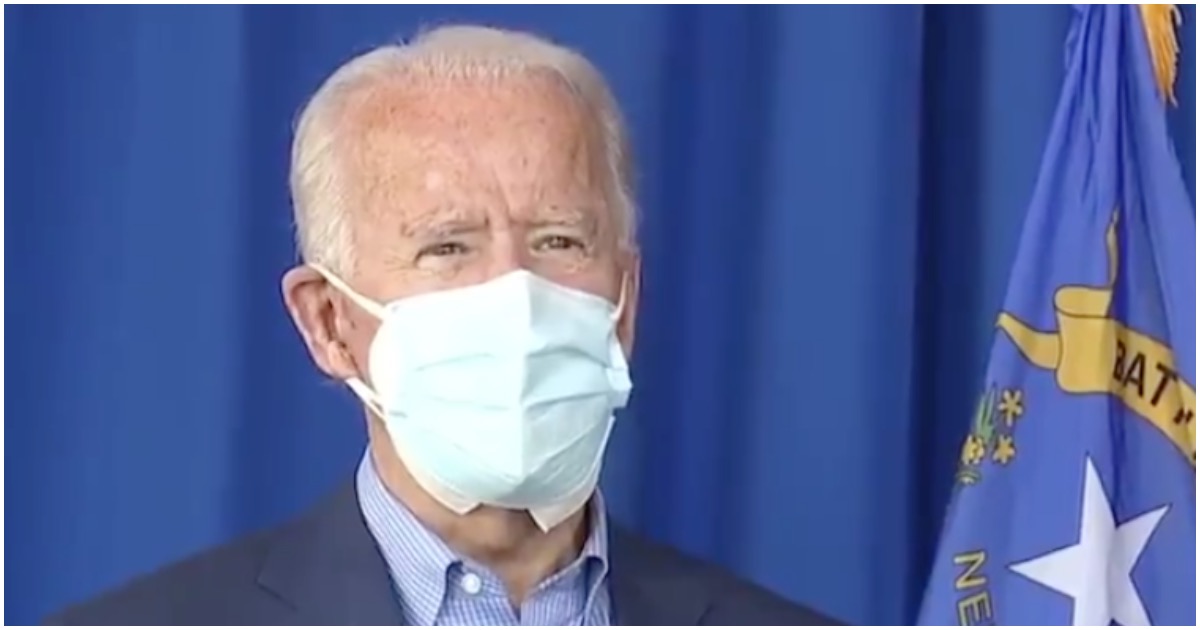 The following article, Biden Said It: Voters ‘Don’t Deserve’ to Know If I Would Pack Supreme Court — Video, was first published on Flag And Cross.

When you spend nearly five decades in politics, you become just a little jaded. You seem to forget the reason you got into politics in the first place.

You forget who matters most.

Democratic nominee Joe Biden on Friday said that voters don’t deserve to know if he would attempt to pack the Supreme Court if he wins in November and Amy Coney Barrett is confirmed to the high court.

Biden was asked in Las Vegas, Nevada, about his position on packing the court with extra justices — something that has seen support from a number of Democrats, particularly since President Trump announced his intention to confirm Barrett to the seat left vacant by the death of the late Justice Ruth Bader Ginsburg.

Biden gets pressed on court-packing in every interview, but this answer to @KTNV is new:@RossDiMattei: "Don't the voters deserve to know-"@JoeBiden: "No they don't deserve- I'm not gonna play his game. He'd love… that to be the discussion instead of what he's doing now." pic.twitter.com/BpIxTrborp

Joe Biden AGAIN refuses to say whether he supports packing the Supreme Court.

"You'll know my opinion on court packing when the election is over… The moment I answer that question, the headline in every one of your papers will be about that."

Give me a break.

It should be pretty clear, at this point. If victorious in November, Joe will pack the Supreme Court.

Yet another reason not to vote for these immoral people.

Hey joe, what Americans really deserve is to NOT have you & harris as the presidents of our country.

He likes to refer to Trump as a con man-guess he is talking about his son, Hunter, or himself.