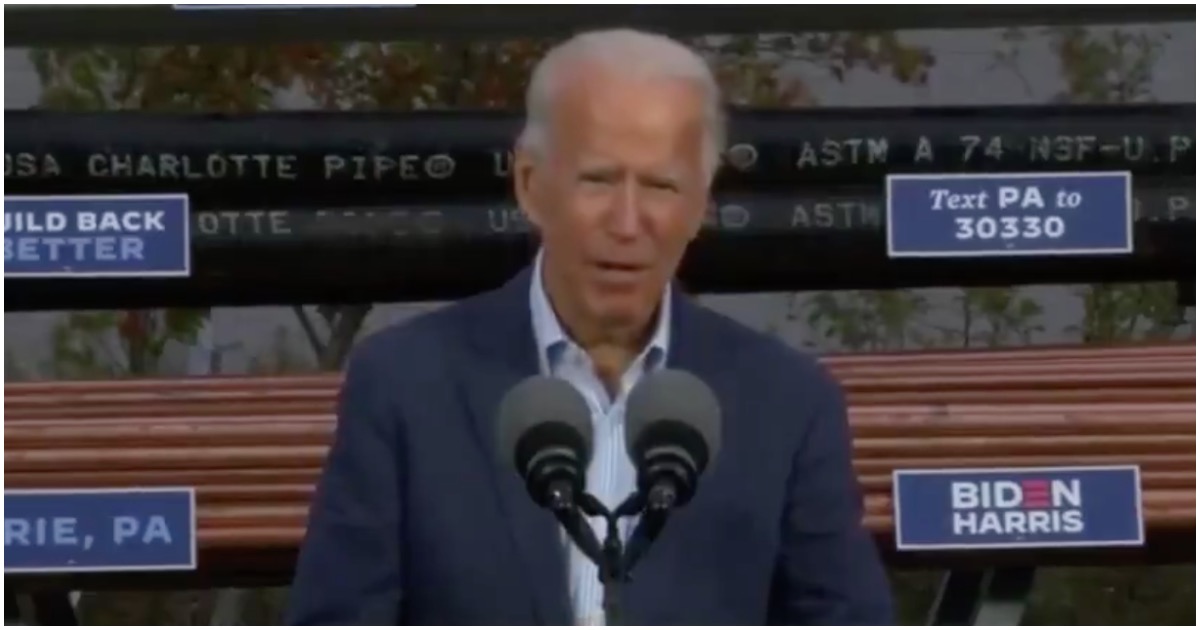 The following article, Biden At Campaign Event: ‘You’re Trying Your Breast, But It Never Feels Like Enough’, was first published on Flag And Cross.

Joe Biden. The man is a walking meme. His list of gaffes could fill an entire library, after nearly 50 years in public service – the vast majority of which he has never actually done anything.

At a campaign event on Saturday, Joe spoke and he did his breast. I mean best.

Joe Biden: "You're trying your breast, but it never feels like enough."

Democratic nominee Joe Biden said the only way he could lose the 2020 election was through “chicanery,” before later adding he would accept the results of the election.

“Make sure to vote,” the former vice president told voters at a campaign stop in Pennsylvania, “Because the only way we lose this is by the chicanery going on relative to polling places.”

Biden said that President Trump was trying to discourage voting by casting doubt on mail-in ballot security and telling supporters to “go to polls and watch very carefully” on Election Day.

She’ll be controlling Joe Biden. Biden is too weak to stand up the radical left and they all know it. pic.twitter.com/ct2xaXp2xw

Continue reading: Biden At Campaign Event: ‘You’re Trying Your Breast, But It Never Feels Like Enough’ ...

Ah, joe, the only way you & harris can win is with massive voter fraud; something which your criminalistic democrat political party is going full blast with. The dems found in 2016 that votes from illegals & dead people were not enough so this year it’s by flooding the country with ballots for liberals to fill out & mail with biden’s name.