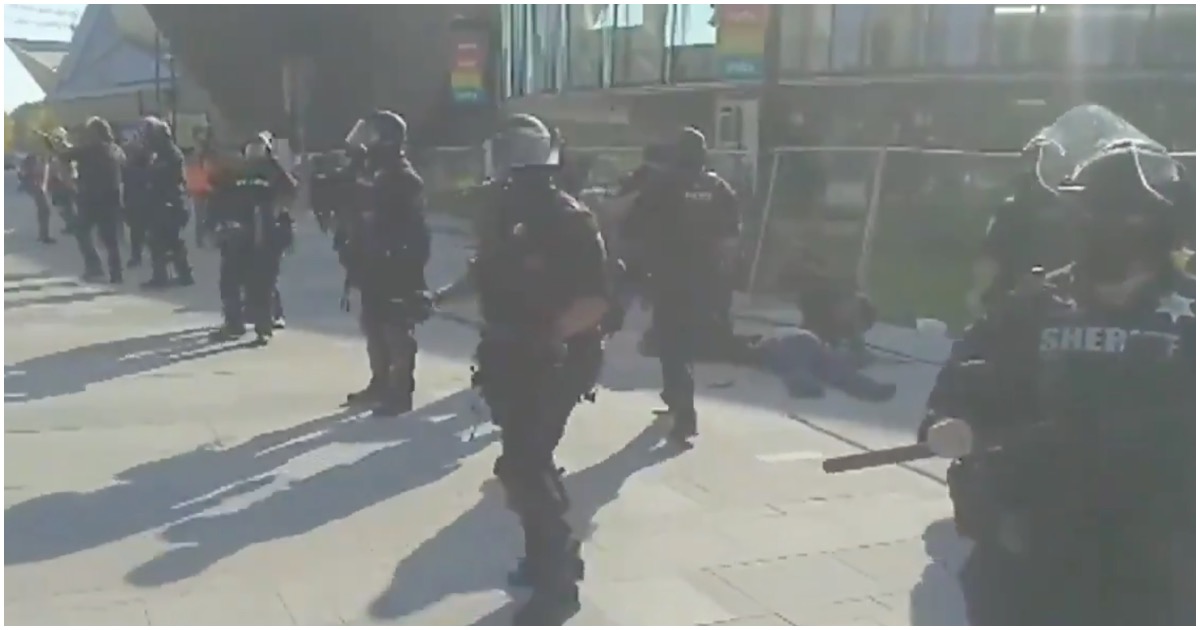 The following article, Antifa Members Cheer After Trump Supporter Is Shot In the Face Point Blank, Dies — Videos, was first published on Flag And Cross.

At an event in Denver, a Trump supporter was shot in the face, point-blank. The man was apparently defending himself from radical Antifa liberals.

As you’d expect, the future Biden voters cheered when they learned the deceased man was a supporter of the president’s.

Because that’s who these people are.

DENVER (CBS4) – Denver police took two suspects into custody after a shooting in downtown Denver on Saturday. The shooting happened as hundreds gathered for two different protests and rallies.

Police say one of the suspects is being held in direct connection to the shooting. The second person taken into custody was apprehended for different allegations, police say.

Check all of this out…

Antifa just cheered when they said "the person shot is on the opposing side." #DenverProtest.

This is allegedly the suspect in the Denver shooting.

BREAKING: ‘Antifa’ reportedly shot a member of the ‘Patriot’ side in #Denver. Initially, speculation was the opposite. Suspect is in custody. https://t.co/tVgqKTwfFo

Update: Further investigation has determined the suspect is a private security guard with no affiliation with Antifa. Additional information will be released as it becomes available.

Time to take down & prosecute these antifa anti-American criminals that are obviously trying to take down America.

It is time to start taking these people out. Lock and load!

I totally agree. They want war then we should give it to them. We cannot appease these violent Marxists with being nice. George Soros and others of his ilk who are supporting Antifa and BLM should be rounded up and sent to prison. Why this has not happen is a sign that someone in our government is condoning it.

This lawlessness must be stopped with brute force. There is no other way.

They have tied the hands of the police from busting heads and breaking up these protests before they turn violent.

This is what happens when when they allow this crazies to protest, It turns violent and someone dies. Antifa and BLM are anarchists and terrorists and should be stopped from protesting anywhere in America. Don’t give them a chance to group up. Take them down immediately and hunt them like the rats they are.

Then he needs to be in jail