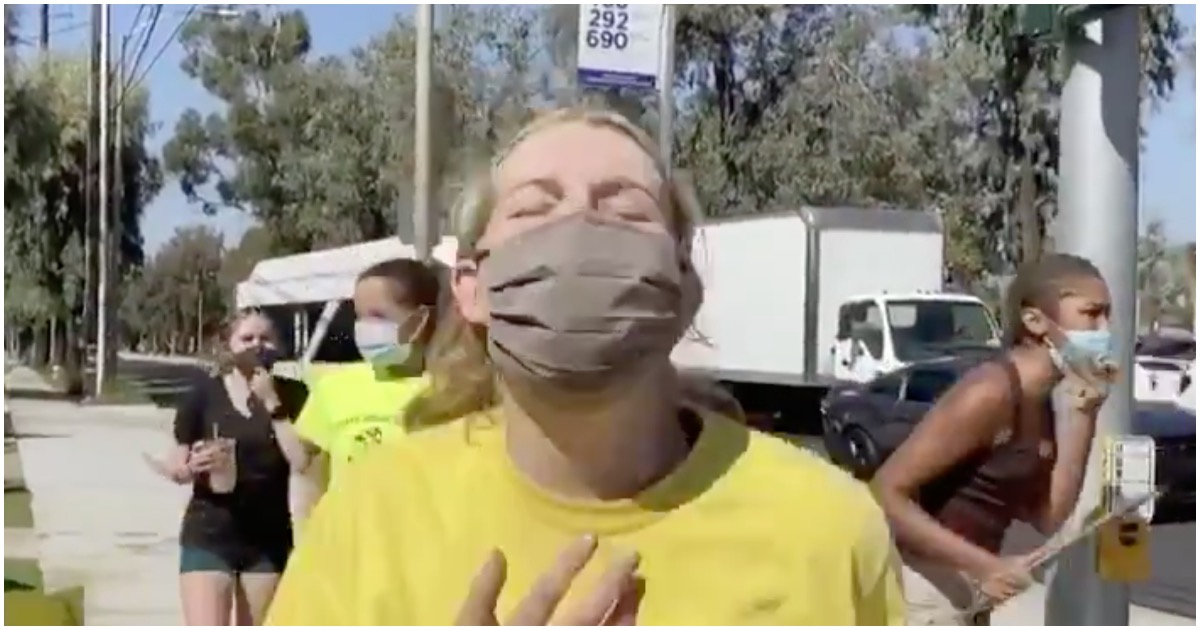 The following article, ICYMI: Liberal Protesters Caught On Camera Barking Like Dogs At Trump Supporters — Video, was first published on Flag And Cross.

Is this the latest TikTok trend or something? You know, like if you don’t have the facts to back up your argument, just bark like a rabid dog? Hmm.

It’s just too comical, at this point.

Trump’s team said Sunday that Trump received oxygen at the White House on Friday, but they were not clear on whether he received any Saturday.

While at Walter Reed Medical Center, POTUS managed to get some work in…

The guy’s a machine. @realDonaldTrump getting work in at Walter Reed.