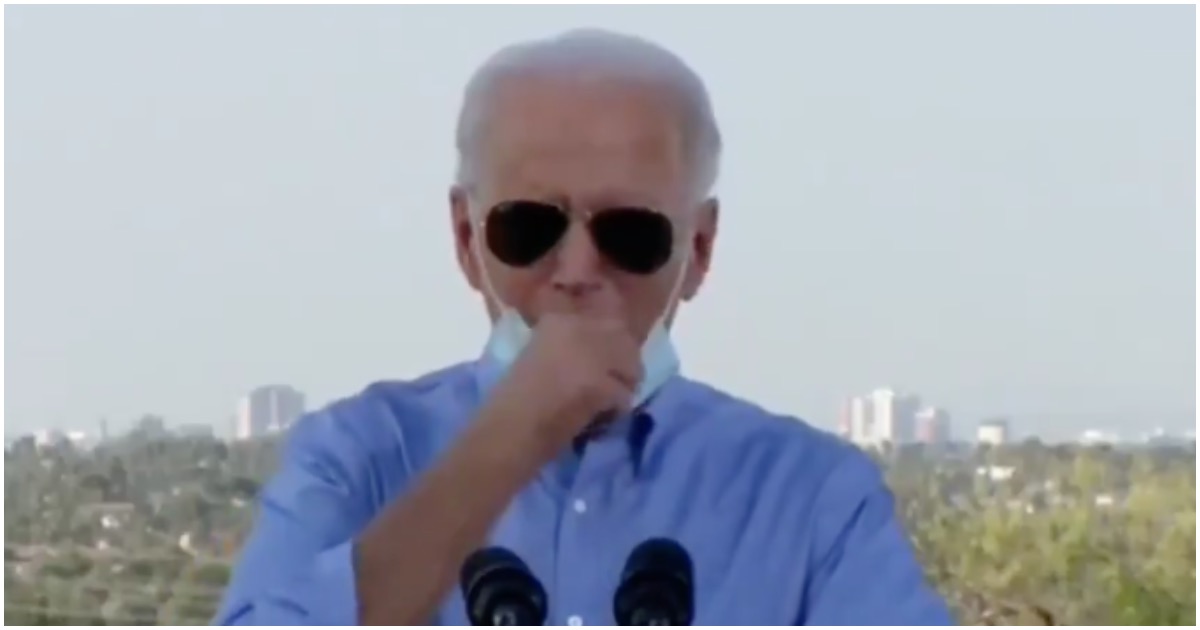 The following article, Biden Removes Mask to Cough Into His Hand During Campaign Event — Video, was first published on Flag And Cross.

Mask up. That’s all we hear from the left. Yet, the Democrat Party standard-bearer doesn’t even understand the purpose behind the mask. If he did, he wouldn’t have done this.

The guy is such a goof.

Biden, who sported a mask and his iconic aviators at a voter drive-in event, had taken a moment to catch his breath while speaking to supporters.

However, the Democratic nominee lowered his mask and coughed into his hand before covering his face again.

You can't make this up.

Joe Biden just removed his mask to cough in his hand.

If POTUS made a comment similar to what Joe recently said about deaths from COVID-19, it would make headline news. But since the former VP made the comments, he gets a pass.

No, he’s placing the blame on Trump for the deaths of, well, everyone.

he’s not the brightest bulb on the DemonRAT tree.