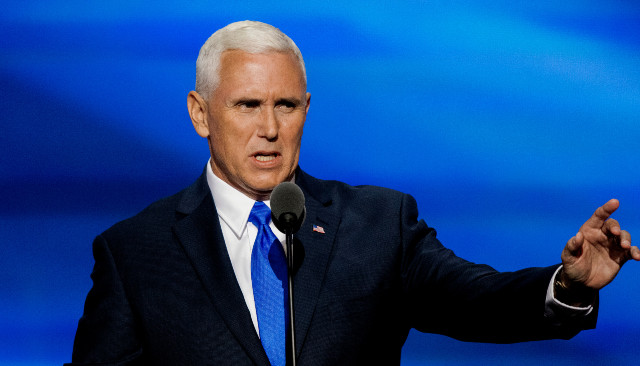 The following article, Liberals On Twitter Focus On VP Pence’s Bloodshot Eye During Debate: ‘Zombie Eye’, was first published on Flag And Cross.

Given the fact that Vice President Mike Pence basically shredded Sen. Kamala Harris to pieces on every single issue, the only valid response the left could come up with to try and take Pence down was to focus on his bloodshot eye, referring to it often as “zombie eye.”

Because the radical left are nothing but insolent children who cannot provide rebuttals of substance against the facts presented by Pence during the debate, so yeah, making fun of someone’s appearance is all they have left.

Indeed, as the New York Times reported, doctors have seen a small percentage of coronavirus patients with eye symptoms such as conjunctivitis or pink eye. Although President Trump and other officials in the White House have tested positive for COVID-19 in recent days, Pence has repeatedly tested negative.

And just in case these few tweets weren’t enough to show you how infantile liberals are today, here’s a few more:

Every time Pence says “The American people” stab yourself in the eye.

Mike Pence popped a blood vessel in his eye ball when he realized he had to talk to a woman that wasn’t his mother pic.twitter.com/TzM4iodsXn

#VPDebate mike pence has a look in his eye which I have seen before… pic.twitter.com/gHmBw63QBF

Mike Pence looked like he felt the eye of Sauron turn to him through the camera as he was asked about Trump paying $750 in taxes.

Look, I don’t like Pence either but I don’t think it was necessary for Trump to hit him in the eye before the debate. pic.twitter.com/GuqjqypMEj

Pence looks like the fake Arnold Schwarzenegger head that cuts its own eye out in The Terminator pic.twitter.com/gfZgIymhit

I guess we should expect nothing less from progressives in today’s political climate. Rather than engage with things he said, they harp on a bloodshot eye. If that isn’t a perfect summary for what it is like to try and have a conversation with someone who identifies as a Democrat, what is?

They overlooked the sluts sarcastic look all night.

Yes, quite obvious the dems have nothing of real value to use against VP Pence’s debate so they reach to complain about a red eye. So pathetic but so normal for dems.