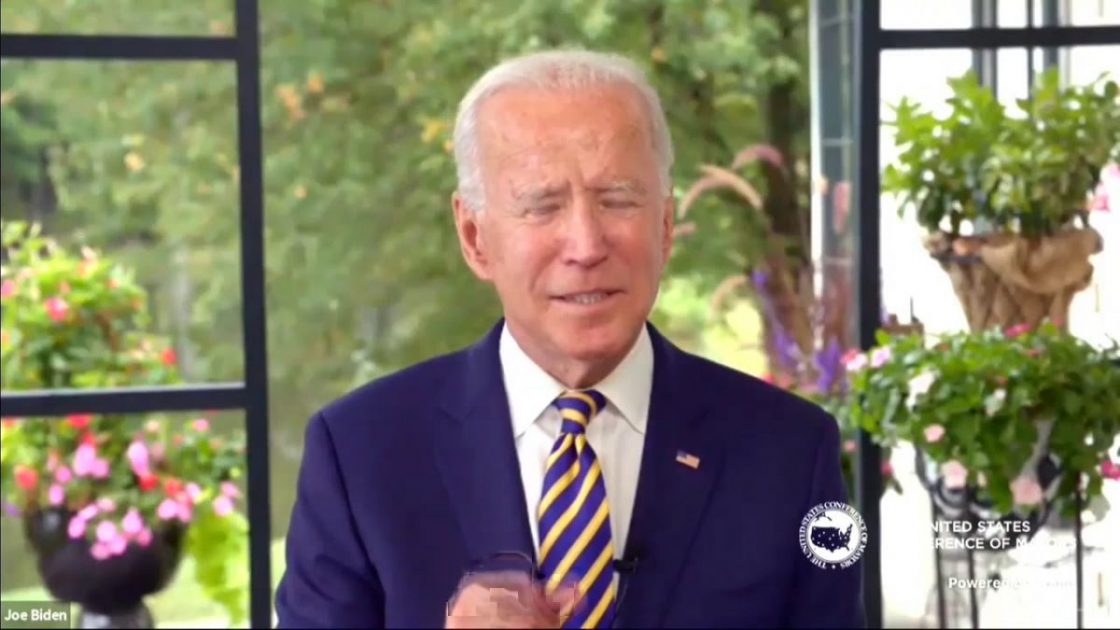 The following article, Joe Biden Attacks President Trump For Saying He Won’t Participate In Virtual Debate, was first published on Flag And Cross.

Former Vice President and current Democratic Party presidential nominee Joe Biden is not too happy with President Trump’s refusal to participate in a virtual debate on October 15, in light of his current battle with the coronavirus.

The Commission on Presidential Debates has decided to change the format of the second presidential debate, making it a virtual event instead of one that is live and in person, due to fears of Trump spreading the virus to others who will be in attendance at the event.

Biden spoke with reporters on Thursday morning just before getting on board his flight to Arizona where he’s going to start doing some campaigning. He was asked about the president’s refusal to participate in the virtual event.

“You never know what’s going to come out of his mouth,” Biden said.

With Trump huddling in the White House after being diagnosed with COVID-19 last Friday and after being hospitalized for three days at Walter Reed National Military Medical Center for coronavirus treatments, the Commission on Presidential Debates (CPD) announced Thursday morning that the Oct. 15 scheduled second debate between the president and Biden would be held virtually, with both candidates taking part from separate remote locations.

The president quickly responded, telling Fox Business’ Maria Bartiromo later Thursday morning that he would not take part in a virtual debate.

“The commission changed the debate style and that’s not acceptable to us,” Trump said on “Mornings with Maria.”

“We don’t know what the president is going to do, he changes his mind every second so for me to comment on that now would be irresponsible. I think that if — I’m going to follow the commission recommendations. If he goes off and he’s going to have a rally, I’ll — I don’t know what I’ll do,” Biden responded when asked about Trump’s refusal to attend the virtual debate.

The second debate is supposed to be a town hall style event.

Well, we won’t know for awhile if Trump is going to participate in the event or not. He says he’s not now, but that could change as he pushes to get his message out to voters across the country.

So normal for biden & the dems, change the rules, etc, all to try for a way that’s advantageous for dems. biden & handler will be just off camera feeding biden the ‘correct answers’ during their remote debate.