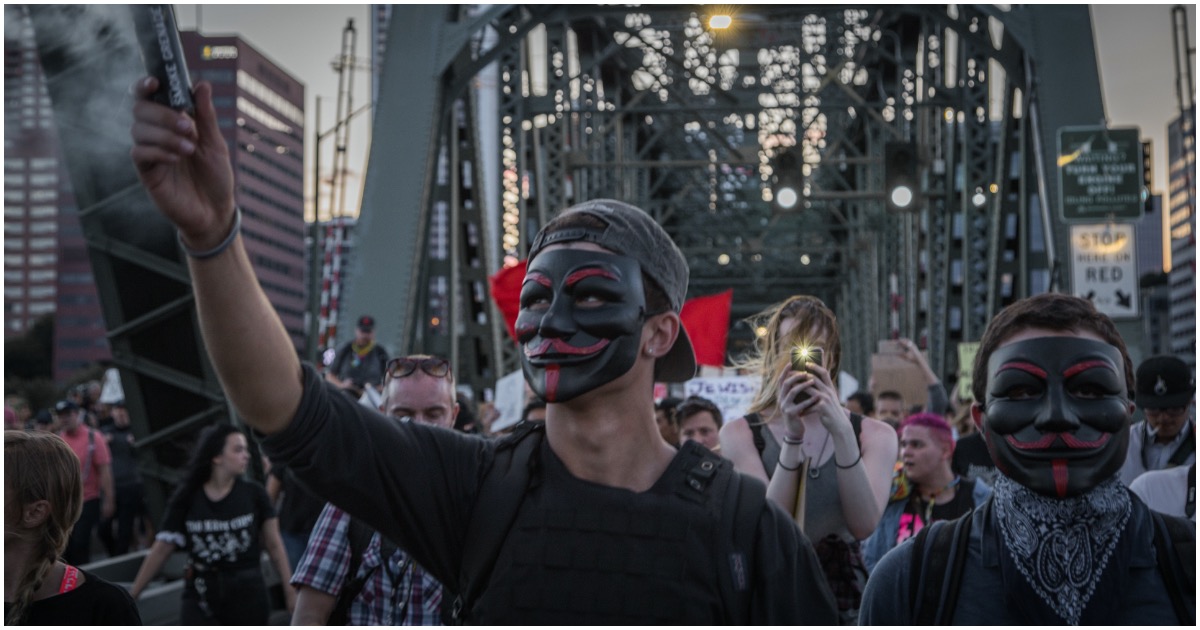 The following article, Charges Were Dropped Against Nearly 7 Out of Every 10 Portland Rioters That Vandalized City, was first published on Flag And Cross.

Portland is sending a clear message: commit crimes in the name of social justice and you can get away with them. How else can this story be explained?

Nearly 70% of the individuals arrested during the riots and unrest in Portland, which stretched from the end of May through early October, had their charges dismissed by the Multnomah County District Attorney’s office, according to data released Thursday.

The Portland DA “released a new statistical dashboard that analyzes protest-related cases referred to his office by law enforcement for prosecutorial review and potential issuing,” the office announced on in a statement on Thursday, laying bare Multnomah County’s strategy in handling cases of individuals arrested during protests, demonstrations, riots, and unrest, referred to them by Portland’s Police Department.

The results are not surprising. Multnomah DA Mike Schmidt pledged, near the beginning of the unrest, that his office would drop “lesser charges that the Portland Police Bureau (PPB) often arrests protesters for, such as rioting, disorderly conduct, and ‘interfering with a peace officer’—a catch-all term for not following orders or bothering a cop,” according to the Portland Mercury. In that statement, Schmidt noted that his office’s policy would be retroactive to May 29th, when Portland PD began arresting demonstrators.

Continue reading: Charges Were Dropped Against Nearly 7 Out of Every 10 Portland Rioters That Vandalized City ...

The dems likely realize that those criminals arrested are their voters and must be out and able to vote….

Sue the city of Portland for damages to your property and business. Bring as many suits to the city as one can think of. To allow a person to commit arson and vandalism, and not protect the right of a citizen safety, the City should be responsible. The Mayor will slither away..