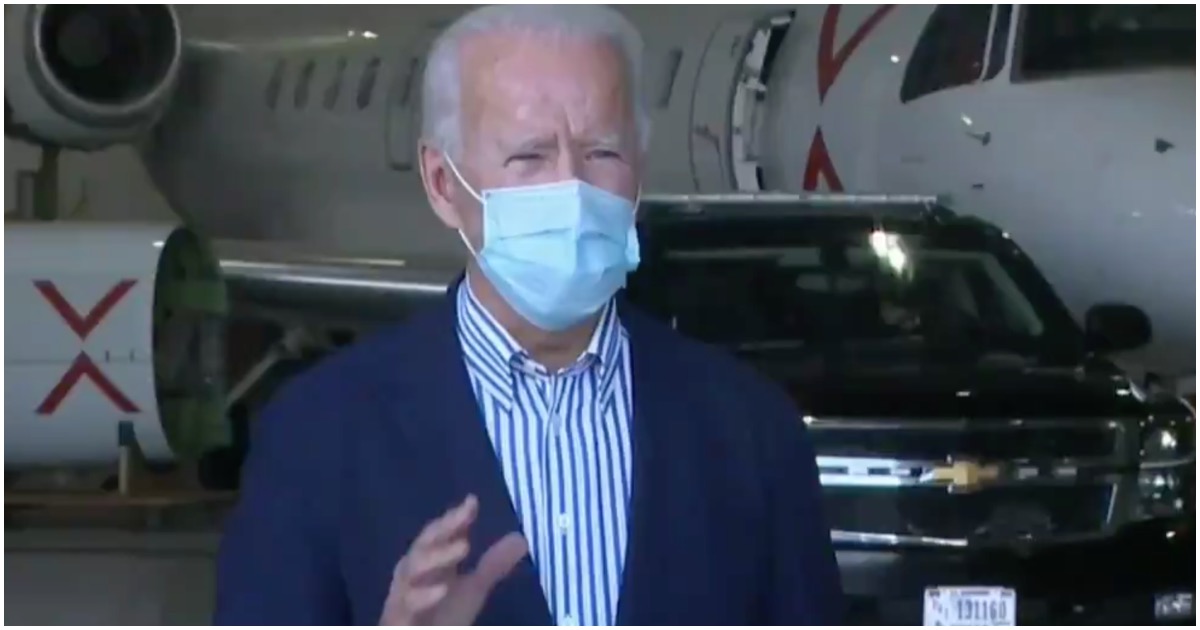 The following article, Biden In Phoenix: ‘You’ll Know My Opinion On Court Packing When the Election Is Over’, was first published on Flag And Cross.

Both Mike Pence and Kamala Harris made their way to Arizona, just one day after the vice presidential debate in Utah. Harris’s running mate joined her in Phoenix.

The question both Joe and Commiela keep dodging: whether or not they’ll pack the Supreme Court to ensure a radically far-left majority for a generation.

Joe answered the question on Thursday.

Joe Biden AGAIN refuses to say whether he supports packing the Supreme Court.

"You'll know my opinion on court packing when the election is over… The moment I answer that question, the headline in every one of your papers will be about that."

Give me a break.

The former vice president once again described the question as a distraction to what he termed the main issue – the push by President Trump and the Republican majority in the Senate to quickly move before Election Day to confirm Amy Coney Barrett, a conservative federal appeals court judge nominated by Trump to succeed liberal-leaning Supreme Court Justice Ruth Bader Ginsburg.

“The moment I answer that question, the headline in every one of your papers will be about that rather than focusing on what’s happening now. This election has begun. There’s never been a court appointment once the election has begun,” the former vice president emphasized.

It should be pretty clear, at this point. If victorious in November, Joe will pack the Supreme Court.

Yet another reason not to vote for these immoral people.

Continue reading: Biden In Phoenix: ‘You’ll Know My Opinion On Court Packing When the Election Is Over’ ...

Just like the pelosi statement “we have to pass obamacare so we can see what’s in it”? Old uncle joe & his presidential candidate, harris, are not willing to actually tell Americans the hell they wish to impose upon America if elected. Hoping Americans can read between their lines and quit supporting the dem un-American politicians.