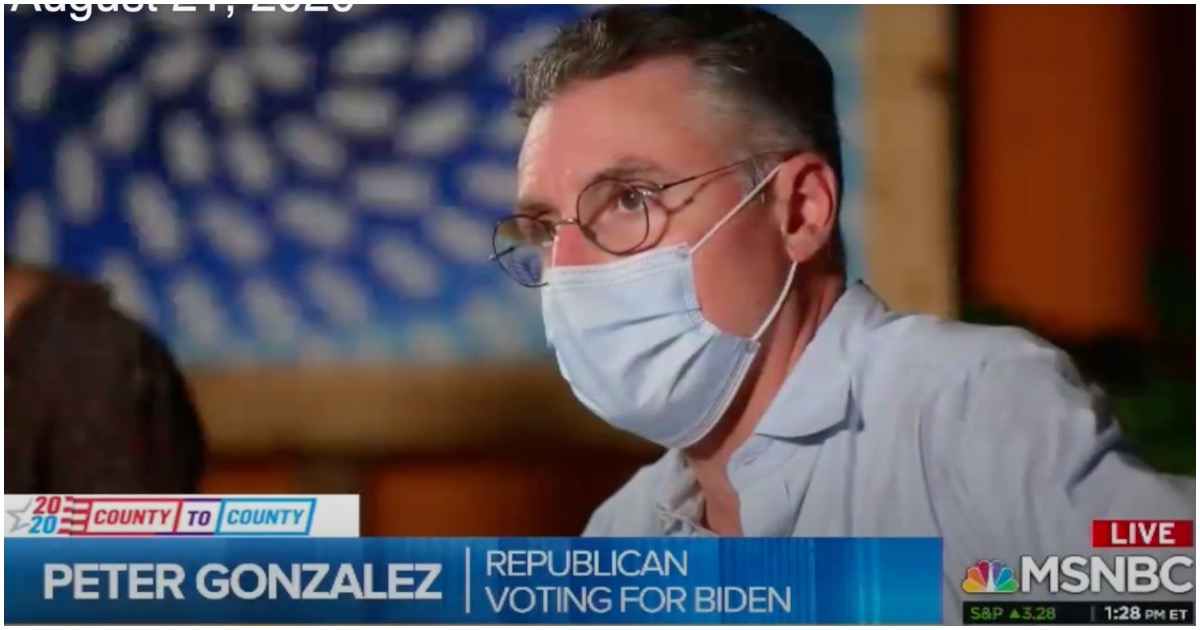 The following article, NBC Said Biden Town Hall Voters Were Undecided – But They Lied: They Are Biden Voters, was first published on Flag And Cross.

NBC News featured a pair of “undecided” voters during a network town hall earlier this week who had previously declared their support for Democratic nominee Joe Biden on the network’s sister channel, MSNBC.

Lawyer Peter Gonzalez and marketing executive Ismael Llano posed questions to Biden during a town hall on Monday, when he appeared before what the network described as an “audience of undecided Florida voters.”

Both Gonzalez and Llano, however, were featured in an MSNBC segment in August to explain why they support Biden. “If we get four more years of Trump, good luck, and good luck with the future attracting younger voters,” Gonzalez said as an MSNBC chyron noted he was “voting for Biden.” Llano was also identified as “voting for Biden” and offered praise for the former vice president.

Even when there’s a teleprompter right in front of him, Joe still has trouble getting words to come from his mouth in a coherent manner. This is just further proof that the man is too far gone to hold office.

If you’re one of those people who plan to vote for Joe in November, why? What is going though your mind?

Umm… Joe Biden just touted the actions of "the Obama-Biden Administration" and said "this is just the beginning if we get re-elected." pic.twitter.com/v5h002ZuzT

This is not the first time that Joe Biden has appeared to believe it is still 2012…https://t.co/RD0SZnbKFL