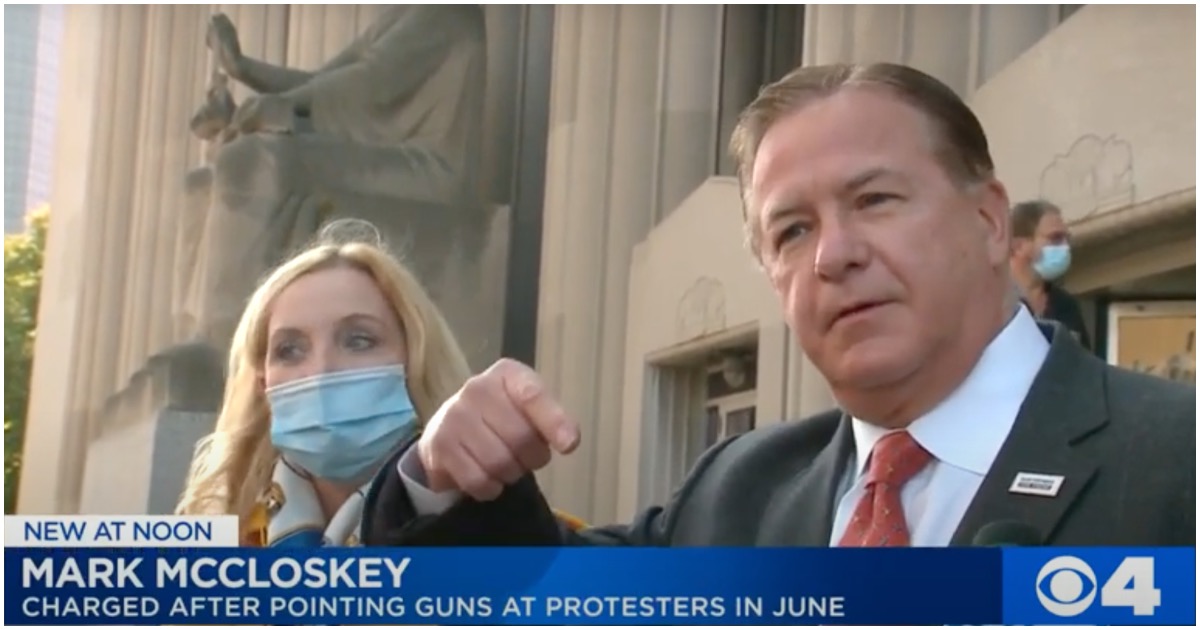 The following article, Lawful Gun Owners Indicted By Grand Jury for Protecting Their Property From BLM Agitators (Details), was first published on Flag And Cross.

The McCloskeys simply stood in their driveway, holding their legally registered guns, when a Black Lives Matter mob broke into their gated community.

The message was clear: mess with our stuff and you’ll have a problem.

Now, the husband and wife have been indicted; their lives turned upside down.

ST. LOUIS — A St. Louis grand jury on Tuesday handed down indictments against Mark and Patricia McCloskey, charged in July with brandishing weapons at protesters outside the couple’s Portland Place mansion.

The couple was indicted on felony charges of unlawful use of a weapon and evidence tampering. The indictments were filed under seal Tuesday. St. Louis Circuit Clerk Thomas Kloeppinger said a judge ordered the indictments suppressed but Kloeppinger didn’t know the reason.

The grand jury added a count of evidence tampering after the Circuit Attorney’s Office in July charged the McCloskeys each with one count of unlawful use of a weapon — exhibiting.

“The government chooses to persecute us for doing no more than exercising our right to defend ourselves, our home, our property and our family and now we’re getting drug here time after time after time and for what?” Mark McCloskey said. “We didn’t fire a shot. People were violently protesting in front of our house and screaming death threats and threats of rape and threats of arson. Nobody gets charged but we get charged.”

This what we get when corrupt dem party members are elected as prosecutors/governors/mayors. Arrest the victims and allow the criminals to be free to continue their crimes. Cannot imagine a conviction of these victims, if it even ever goes to trial. I volunteer to be on their jury.