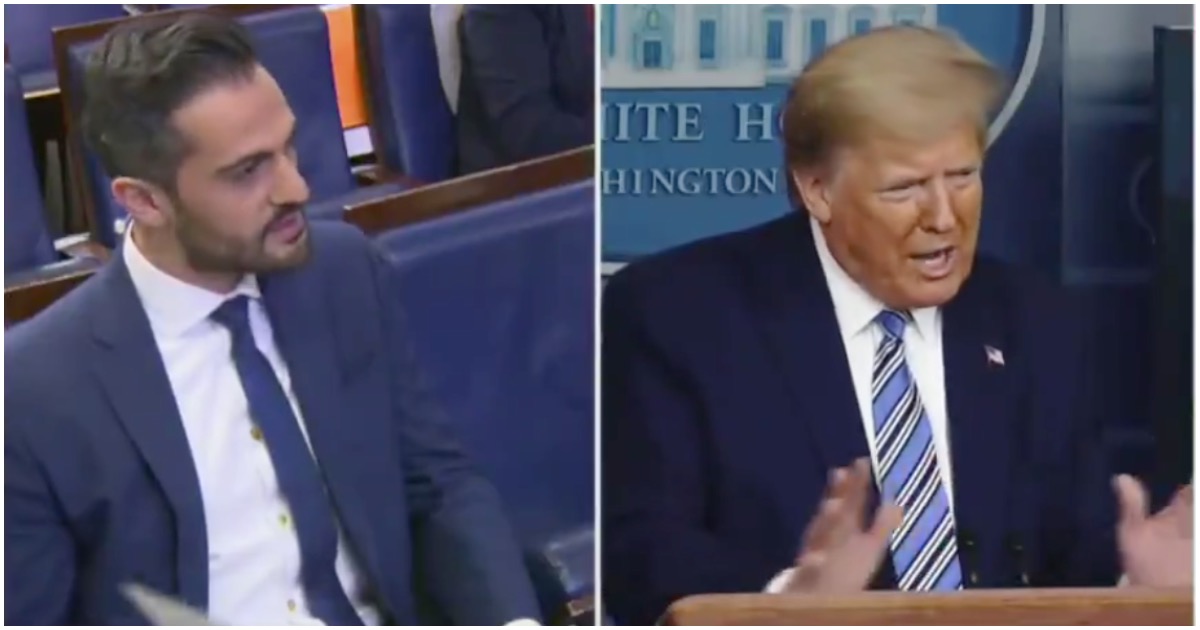 The following article, Flashback: Trump to Reporter: ‘Ratings’ At CNN ‘Are So Bad Because You’re Pathetic’ (Video), was first published on Flag And Cross.

Despite constantly being berated in front of the entire nation (and the world), reporters continue to come after President Trump like they don’t know who they’re messing with.

It’s like they forget that even if they fire off a shot, POTUS is coming back with a bazooka.

This particular CNN reporter, Jeremy Diamond, found that out the hard way on Sunday afternoon.

President Donald Trump hammered a CNN reporter during the White House Coroanvirus Task Force press briefing on Sunday over a question that was asked that ignored the early timeline of coronavirus events out of China.

CNN reporter Jeremy Diamond does his best to shill for communist China with a lame gotcha question that @realdonaldtrump bats away easily. pic.twitter.com/xCq4U3LytT

Leftist CNN opinion host Chris Cuomo exploded on Tuesday night over President Donald Trump telling the press today that he wanted to give Americans hope during the coronavirus outbreak.

Cuomo, who is infected with the coronavirus, said while quarantined in his basement, “Get real. The past is over. There can be no more letting politics reinforce our worst instincts. We need to build on our best instincts. And that said, while I’m asking you all to do that, the man at the top refuses to change.”

Raging @ChrisCuomo declares it's "bullshit" for President Trump to want to give people hope and NOT cause a national panic during the Wuhan Virus crisis. pic.twitter.com/ARyIGC2kqA

Here’s another clip, because it just wouldn’t be a proper Biden interview without some bumbling…

Continue reading: Flashback: Trump to Reporter: ‘Ratings’ At CNN ‘Are So Bad Because You’re Pathetic’ (Video) ...