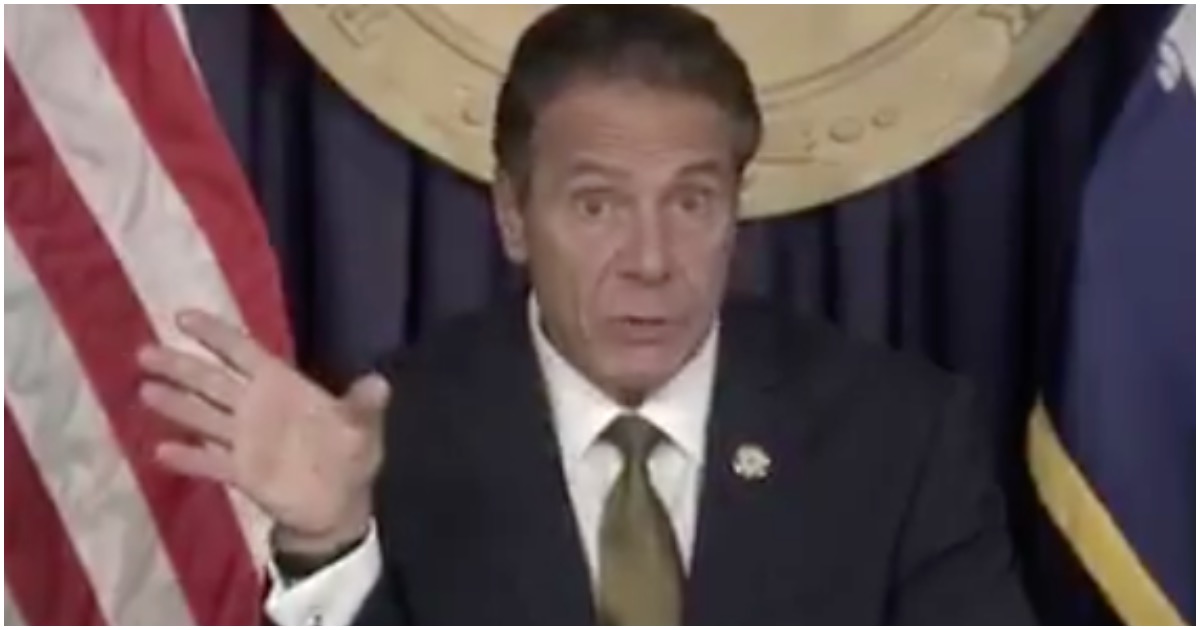 The following article, Cuomo to Jews: Follow My New Rules Or I Will Begin Shutting Down Synagogues (Watch), was first published on Flag And Cross.

“Protests” are fine with liberal leaders, no matter how many people show up. Going to church, though? Watch yourself. You could get in big trouble for that.

New York Gov. Andrew Cuomo warned Monday the state could move to shut down religious institutions that do not agree to comply with restrictions on mass gatherings during the coronavirus pandemic.

“We know religious institutions have been a problem,” Cuomo said at the press conference. “We know mass gatherings are a super-spreader event. We know there have been mass gatherings going on in concert with religious institutions in these communities for weeks. I don’t mean little violations – you’re only supposed to have 50, they had 55. I’m talking about you’re only supposed to have 50 outdoors, they had 1,000.”

Gov. Andrew Cuomo: "I have to say to the Orthodox community tomorrow, 'If you're not willing to live with these rules, then I'm going to close the synagogues.'" pic.twitter.com/QWOPvZMbFI

Many others will have long-term health problems because of it.

Continue reading: Cuomo to Jews: Follow My New Rules Or I Will Begin Shutting Down Synagogues (Watch) ...

Those voters in NY (probably mostly in NYC) sure voted themselves a want-to-be-dictator. The question now is do they continue supporting cuomo and his facist administration or do they vote for America?

Cuomo is an evil lying snake. I notice he is side stepping his role in killing so many elderly by putting Covid patients in nursing homes. Does he really thing people will forger? Not okay to go to synagogue, but okay to riot and destroy. The Jews need to bring a lawsuit against him as he is trampling all over their religious rights. I would bet my last dollar that the Muslims are going to mosque and he is not speaking out. His finger pointing lies sounds like a 5 year old having a temper tantrum. And, no, 208,000 people… Read more »

Cuomo, needs to grow eyes in the back of his head! He’s f%&king worthless!

Cuomo is such a liar I’m surprised he has any pants left! He blames the president for the virus and ignores the 1000’s of senior citizens he caused to die by placing those with the virus in New York nursing homes! The president sent a Navy hospital ship to help out and thsi jerk didn’t use it!