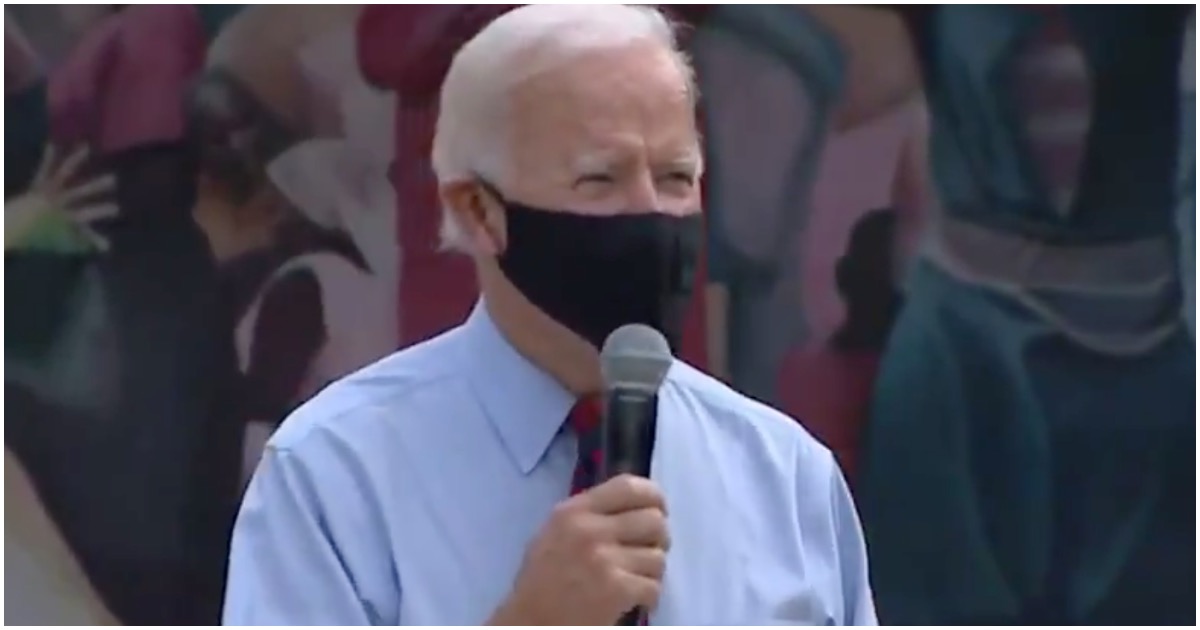 The following article, Biden Tells Supporters to Imagine Trump Being Delivered A ‘Death Blow’ On Election Eve, was first published on Flag And Cross.

If Joe Biden defeats President Trump in just 28 days, America may head down a path from which she’ll never be able to recover. Obama did a number on the nation, but Joe would take things a step further.

He knows he’s not fit to be POTUS, just like every single one of his supporters.

And yet, he’s still out there campaigning to take out the greatest president of the past few generations.

At a rally today at Little Haiti Cultural Center in Miami, Joe Biden actually told the crowd there to imagine Trump being given the ‘death blow’ in this election by Haitians, and how ironic that would be:

It wasn’t very long ago when the mainstream media pushed a story accusing Trump of denigrating US military members. The reports have been widely debunked, as one would expect.

And the MSM will remain silent.

A video emerged on Friday of Democrat presidential nominee Joe Biden calling soldiers “stupid bastards” and a “dull bunch” during a speech overseas to U.S. soldiers while he was serving as vice president in the Obama administration.

If biden was to win the election (lot of voter fraud going to happen, all for dem votes) he would not be in office very long (prediction of many observers) before his rubber room was ready. Then America would have the even farther left harris to take the country the rest of the way down.