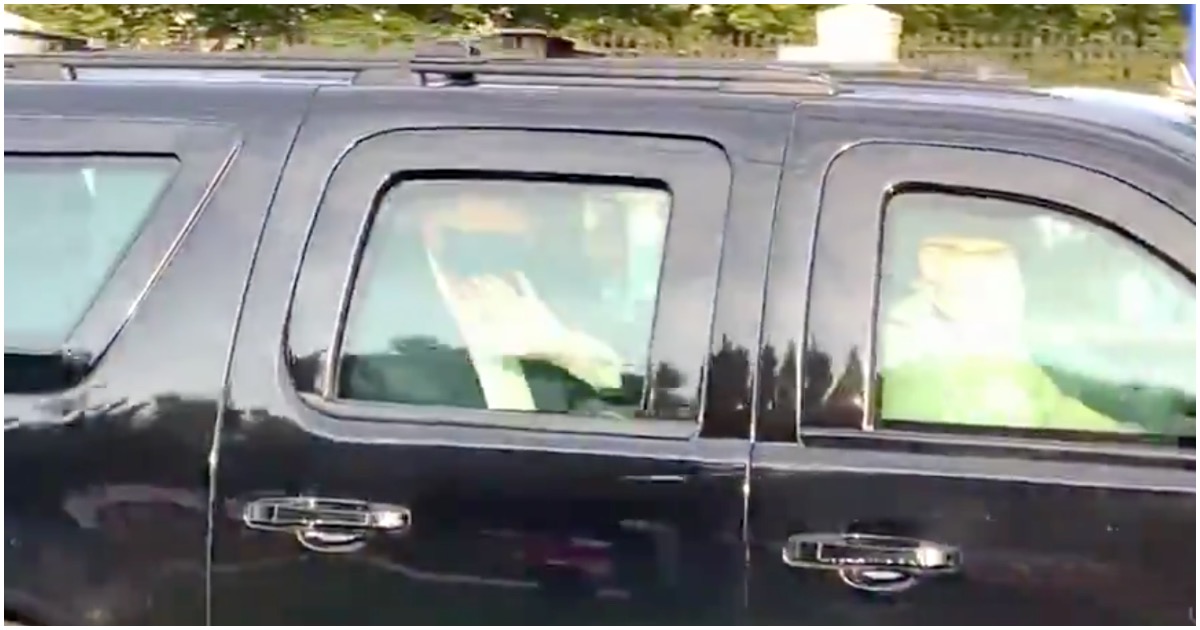 The following article, Reporter Caught On Hot Mic Saying News About Trump Doing Well ‘Wasn’t As Fun As Yesterday’, was first published on Flag And Cross.

When there is even one American actively rooting against the president being in good health, something’s wrong. Regardless of party affiliation, the man has a family who cares about him.

But don’t tell that to this (certainly liberal) reporter. He or she isn’t happy that President Trump’s doctor announced that POTUS is doing well.

Reporter caught on HOT MIC after Walter Reed press conference laughing and saying “That wasn’t as fun as yesterday!” Ghouls, all of them. pic.twitter.com/lDuhFk6rPz

But, as the president told his old friend Rudy Giuliani, Saturday afternoon, he took the risks he had to take, because: “Great generals do not lead from behind. They get out front and motivate the troops.”

He was speaking to the former Big Apple mayor by phone from his hospital room at Walter Reed Medical Center, where he was flown by helicopter after his oxygen levels began to fall.

Trump said to Giuliani, “I knew there was a risk that I could catch it. But if I couldn’t accept that risk, I should resign. I am the president of the United States. I can’t lock myself in a room. I had to confront it so the American people stopped being afraid of it so we could deal with it responsibly. I couldn’t hide in the White House. If I had handled it any other way, I would have created more panic, more fear in the American people. I’m going to beat this. Then I will be able to show people we can deal with this disease responsibly, but we shouldn’t be afraid of it.“