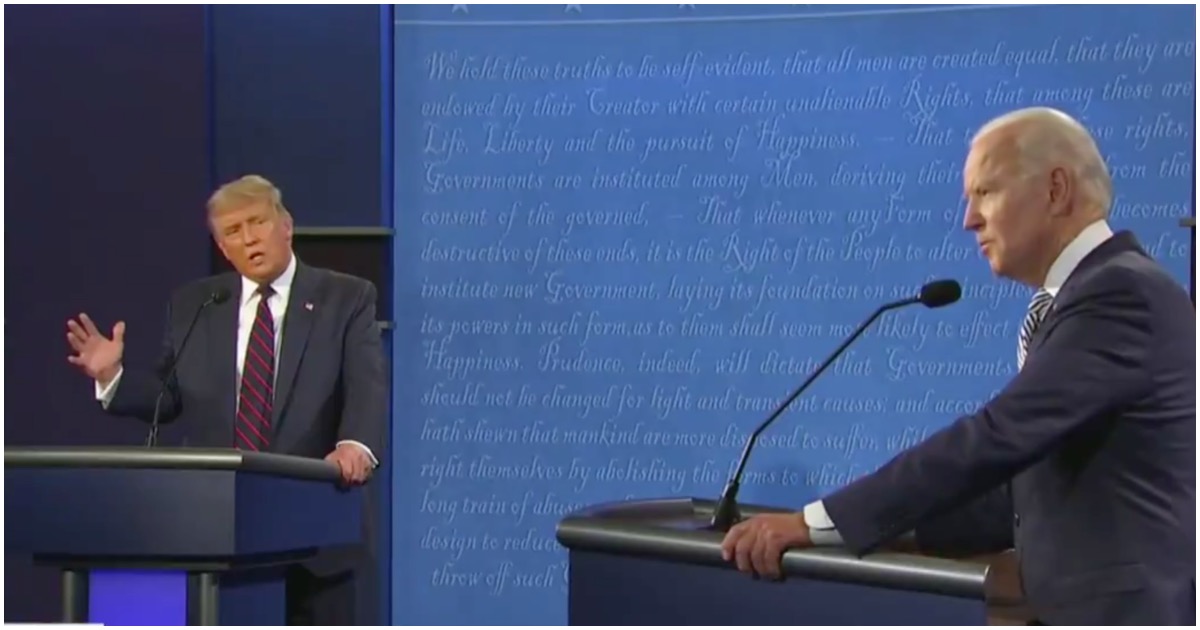 The following article, ICYMI: Moderator Asks Why Biden Holds Small Rallies, Trump: Because ‘Nobody Shows Up’, was first published on Flag And Cross.

President Trump isn’t wrong. He attracts large crowds to rallies, often times having to rent out arenas or small airports. Joe Biden simply doesn’t do that.

Chris Wallace: "Vice President Biden, you are holding much smaller events with…"

Trump: "Because nobody would show up. It’s true, nobody shows up to his rallies." pic.twitter.com/pJ3P7BHvAw

Here are more clips from the debate…

Biden on Dems’ leftward lurch: “The party is me”

Trump to Wallace: “First of all I guess I’m debating you not him”. pic.twitter.com/wrbOJrLXMP

"It's not on the ballot. There's nothing happening there. You don't know her view on Roe v. Wade."@realDonaldTrump challenges @JoeBiden's assertion that Roe v. Wade is "on the ballot." pic.twitter.com/CqPcjFgE4U

Joe won't answer whether he'd pack the court and end the filibuster. Candidates are candidates and they're supposed to, you know, take positions on things. Him ducking this shows how he is not "the Democratic Party"#Debates2020 pic.twitter.com/HK2TPokq2m