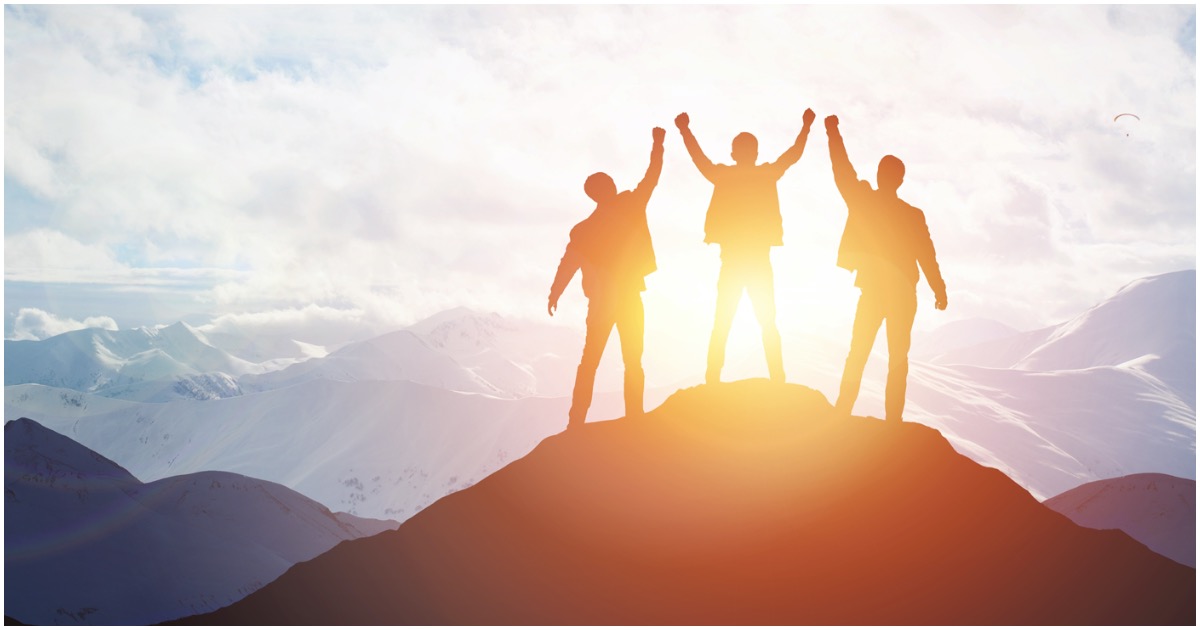 The following article, Enough of the Misery — Let’s Talk About Success!, was first published on Flag And Cross.

Over the course of the last 31 years of helping people move past addictions, I’ve heard tens of thousands of stories of tragedy, redemption, victory and every shade in between. As you can imagine, the most gratifying situations are the ones where people move on successfully. The good news is there are many more stories of success than there are of misery and tragedy. Many reading this might find this fact surprising, but getting over an addiction is the norm, not the outlier! Because our culture and media tend to be fascinated with stories on the darker side of the scale, they get a lot of airtime, skewing the narrative to the tragic side. In contrast, I want to provide the public with some accounts of my helping people who’ve moved past their struggles. Not enough is said about the victories and good news in regards to the addiction narrative. So here goes…

(All names have been changed for confidentiality purposes)

Tom spent most of his youth in a tough town in Northern Wyoming. He grew up hard, poor, and was determined to be financially successful and a prominent person in the community. He achieved all of that and more. He also became a local politician with power and influence. By all accounts by 45 years old, Tom had arrived.

Tom learned to drink young. Part of the rural culture he grew up in saw drinking as an outlet for stress and life’s inherent struggles. Tom took this view of alcohol and its seeming magic to relieve stress as his own. And when you see alcohol this way, it drives your drinking patterns. As a result, Tom built the habit of hiding out drunk in hotels across the state during his business travels. His family life, business reputation and political ethics all suffered as a result.

When I met him at my addiction retreat (the St. Jude Retreat in Upstate NY), he was depressed and could not understand why he drank the way he did. He was mystified. His drinking pattern included periods of not drinking, (sometimes for months) followed by 2 to 7 day binges while holed up in hotels. Tom has 3 kids and a wonderful wife who was nearing hopelessness in Tom herself.

One Sunday afternoon, Tom heard our podcast (the Addiction Solution Podcast) while nursing a hangover and while drifting into the beginnings of withdrawal. He liked what he heard, got on a plane the next day, and came to the retreat looking for a solution. His bender had been especially long and he was going to need a brief hospital stay to get through the DT’s safely. He went to St. Mary’s detox here locally, returned to the retreat newly detoxed, and we got started.

The Beginning is the Key

Tom was utterly ashamed of his destructive pattern of drinking. I knew I needed to get him to shed the guilt he carried if we were to problem solve his binging. So, we tackled this issue head on. Within his first class I gave him the assignment to list all the benefits and reasons why he liked to get, and be drunk. This catches people off guard because they are so used to being brow beaten by rehabs, AA, and many times their families for their substance use habit; so telling him to discuss its benefits was a bit of a shock. The purpose of the assignment was to embrace the truth – that he liked getting drunk. We needed an honest foundation to spring off of. Without that foundation, we could never have challenged his belief that alcohol was his key to happiness (which is something he discovered when he made the list).

After we discussed the list, we continued to challenge whether alcohol actually provides relief from stress and depression. This “challenging the benefits and reasons for use” exercise is powerful, and it lead to Tom realizing that he was not getting out of alcohol what he thought he was. With the facts and research at his disposal – and with the shame being gone – he was able to see that he did not need booze as his savior anymore. Maybe reducing consumption or abstaining would actually provide better results in the reduction of stress department. This realization was the beginning of Tom making huge strides forward.

As the days followed, we challenged the disease concept (it’s a myth), and Tom let go of his “alcoholic” label and the self-image that comes from it. With shame gone, a clear understanding that alcohol didn’t actually provide stress relief like he thought it did, and the self-image of a hopeless drunk out of the picture, Tom really started to make progress. Later on while in the program, he also began to see that he wanted to shift some of his priorities and spend more time with his family, and less time in the political world. He realized he over compensated in many areas of his life – a result of desperately making sure he left his poverty stricken roots for good. He was so driven that by the point we met, there was no real chance he’d ever be in that predicament again, yet he was continuing to behave as if it was all going to cascade into poverty at any moment. This fear was creating the stress he was trying to extinguish. So, he let go of the fears of youth, and found new motivation in slowing down a bit, and as he put it, “smelling the flowers a little more with the people I care about.” This was a massive mental and emotional shift for him.

There were of course many other topics we delved into, but these were his keys to a renewed life without binges being a necessary part anymore. Each guest/student I’ve taught through the years is different with varying needs. But this was Tom’s story and he has moved on with his life. In Tom’s case, he did not moderate his drinking; he decided to abstain completely. But this was his choice. As he said, “I’m tired of being alone and depressed. Drinking didn’t solve my issues, so I am ready to put it behind me.” I couldn’t have said it any better myself.

Mark Scheeren is the co-author of The Freedom Model for Addictions, Escape the Treatment and Recovery Trap, and is the co-founder and Chairman of the St. Jude Retreat, the only residential non-12 step model for addiction in the world. For addiction help, call 888-424-2626

For more information about The Freedom Model go to TheFreedomModel.org

Continue reading: Enough of the Misery — Let’s Talk About Success! ...