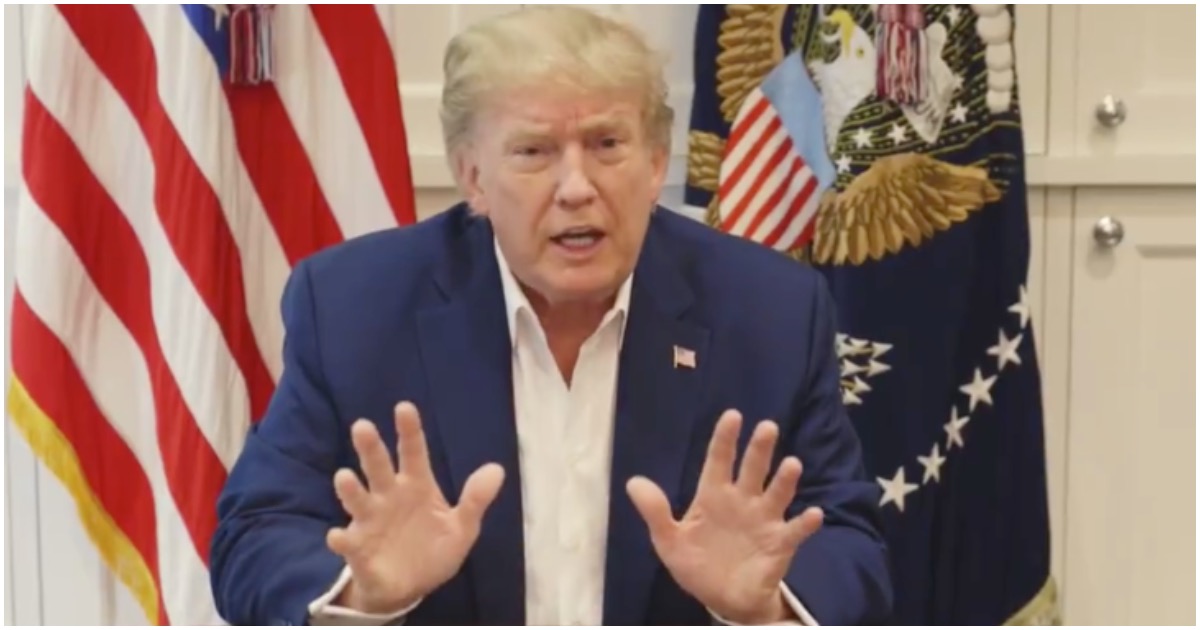 Give his age, President Trump is at higher risk of complications from COVID-19 than any person under 50. In fact, a report indicated that the next 48 hours are critical.

Trump seems to be doing just fine, as indicated by a video tweet he sent from Walter Reed.

In a memorandum from Dr. Sean Conley and released by the White House, the president’s physician wrote that Trump has made “substantial progress” since being diagnosed with COVID-19 overnight between Thursday and Friday.

“President Trump continues to do well,” Conley wrote. “He remains fever-free and off supplemental oxygen with a saturation level between 96 and 98%”

Get better soon, Mr. President. America needs your leadership, now more than ever.

Oh oh, now this is sure to start many more dems/liberals into their TDS. Keep up the good work President Trump, real Americans are behind you and continue to support your re-election.