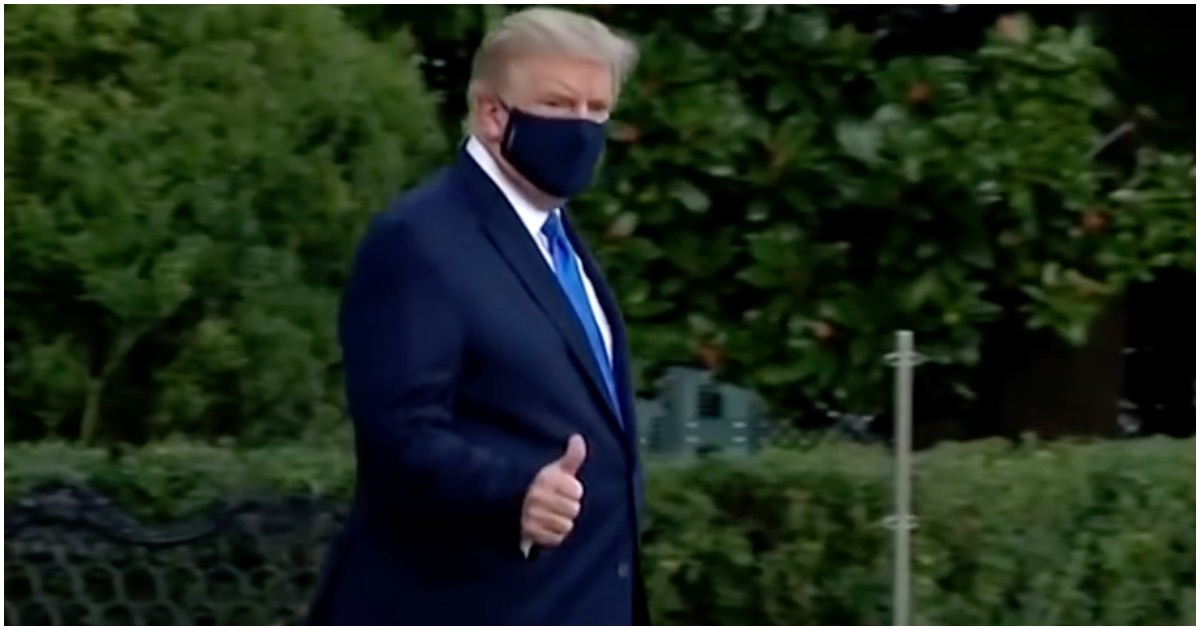 The following article, Trump Heads to Hospital Out of ‘Abundance of Caution’ — Kellyanne, RNC Chair Also Positive, was first published on Flag And Cross.

Trump. Melania. Hicks. Tillis. Lee. Conway. McDaniel. Anyone else? Bueller? As of this writing, those seven people have all tested positive for COVID-19, just days after the first presidential debate.

Liberals are having a field day. They’re saying things like, Biden’s test was negative and he always wears a mask – Trump doesn’t! Even first debate moderator Chris Wallace weighed in, which you can see at this link.

On Friday afternoon, POTUS made his way to Walter Reed Medical Center.

Tonight I tested positive for COVID-19. My symptoms are mild (light cough) and I’m feeling fine. I have begun a quarantine process in consultation with physicians.

As always, my heart is with everyone affected by this global pandemic.

Prior to his helicopter ride to the hospital Friday afternoon, Trump recorded a video in which he informed the public that he was “doing very well.”

Conway, 53, announced in late August that she would be leaving the White House at the end of the month. The move follwed media reports about online posts by at least one of her four children with her husband, attorney George Conway.