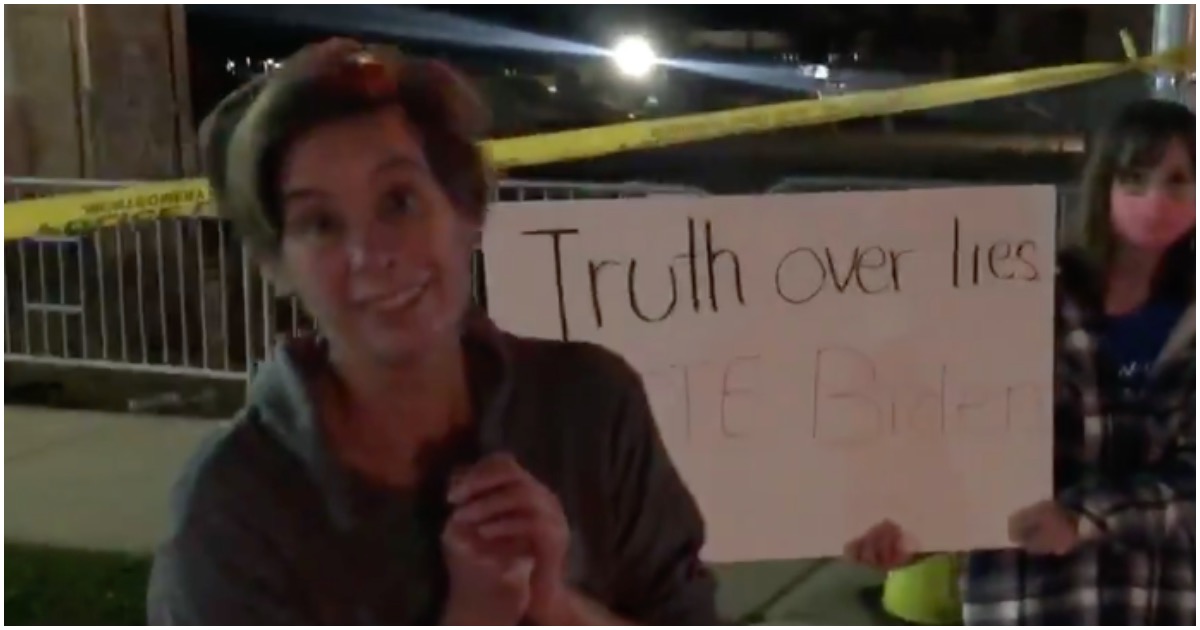 The following article, ‘Anti-Trump’ Protesters Outside Walter Reed: ‘We Don’t Care How He’s Feeling!’ — Video, was first published on Flag And Cross.

On Friday afternoon, President Trump departed the White House in Marine One on his way to Walter Reed Medical Center out of an “abundance of caution.” Of course, POTUS has been diagnosed COVID-19 positive.

At least a couple of future Joe Biden voters showed up to Reed to announce how much they hate the president. Because what else are liberals good for, right?

Biden supporter outside Walter Reed as the President is hospitalized: “We don’t care how he’s feeling” pic.twitter.com/f3lcODeHwb

Supporters showed up, too…

Democratic nominee Joe Biden delivered a message of unity after reports that President Trump would be taken to Walter Reed Medical Center following his Covid-19 diagnosis.

Biden and Sen. Kamala Harris tested negative for coronavirus Friday after being in proximity to Trump on Tuesday for the presidential debate. Biden and Trump were standing eight feet apart, according to ‘Fox News Sunday’ host and moderator Chris Wallace.

This cannot be a partisan moment.

It must be an American moment.

We have to come together as a nation.

DEMONrats never pass up a chance to show their CL.@$$

Read yesterday that someone from CA had pizza delivered to supporters. See the difference between Trump supporters & Joe’s voters!?!