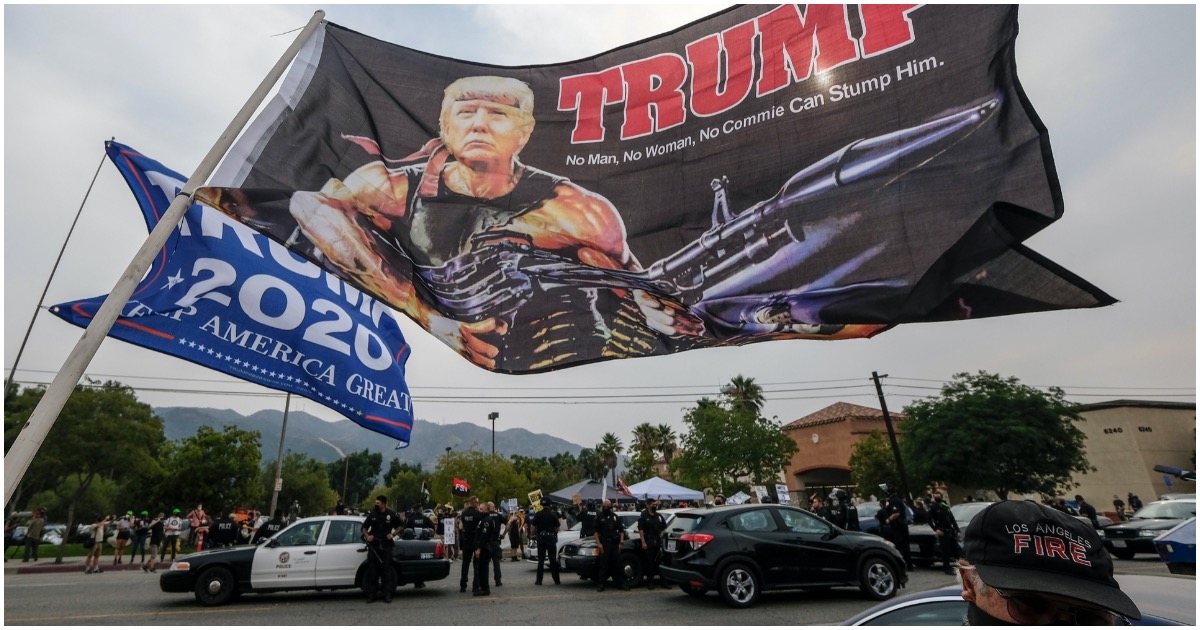 The following article, ICYMI: Woman Drives Car Through Crowd of Trump Supporters, Charged With Attempted Murder, was first published on Flag And Cross.

Somehow, some way, the left will find the right at fault for this act of domestic terrorism by a future Joe Biden voter. That’s just the way things work in 2020.

Imagine being so consumed with hatred for people who actually love their country, want to see babies protected, and don’t support a system that constantly gives handouts.

A California woman, part of the “Caravan for Justice” rally, has been charged with attempted murder after she allegedly drove her car through the pro-Trump counter-protest Saturday, hitting two people.

Tatiana Turner, 40, was booked into the Orange County Jail for attempted murder and assault with a deadly weapon after she drove through the group of Trump supporters outside the Yorba Linda Public Library around 3 p.m. local time, according to the Orange County Sheriff’s Department.

A car just rammed through a group of Trump voters in Yorba Linda, CA. The police did catch and arrest the driver. pic.twitter.com/kLRXrZ9zsO

Hollywood goofball Alec Baldwin knows very little of which he speaks, but he honestly believes what he says is on-point.