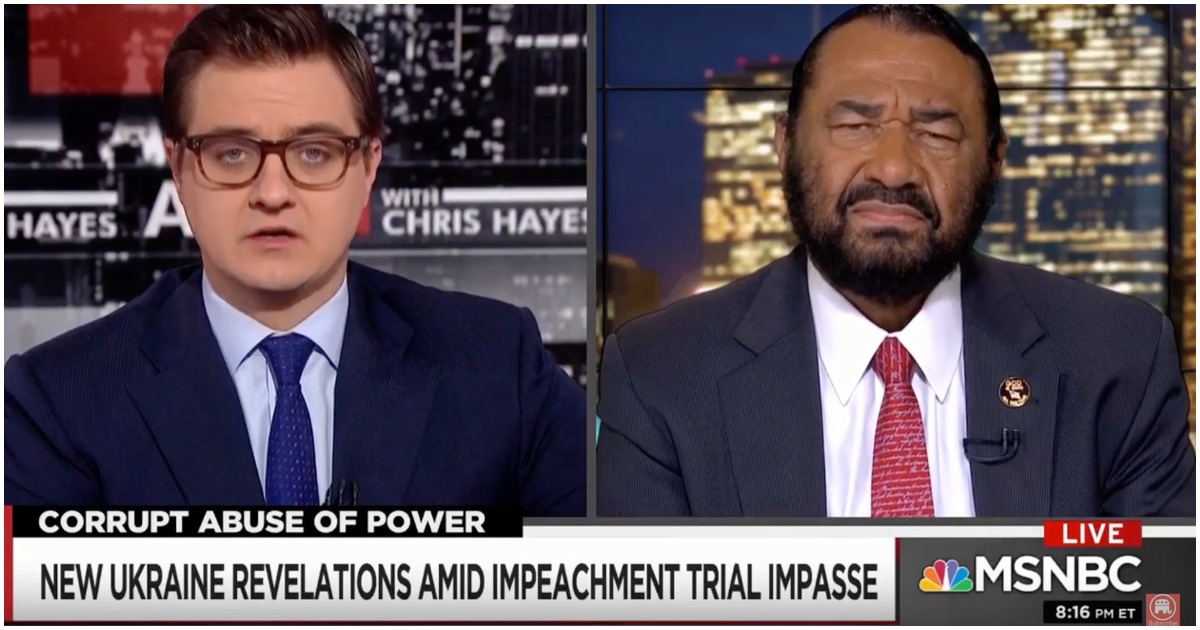 The following article, Flashback: Dem Rep. Admits ‘Genesis of Impeachment’ Began When Trump Was Still A Candidate, was first published on Flag And Cross.

*Originally published December 2019* If you thought Congressional Democrats first thought of impeaching President Trump at the start of “Russia-gate” or even the Ukraine “scandal,” you’re sorely mistaken.

Texas Democrat Al Green, a wildly outspoken anti-Trump radical, made the truth known on New Year’s Eve. Dems were looking to impeach Trump while he was still a candidate for office in 2016. Think about that for a second.

Can’t Democrat voters take a step back and think to themselves, hmmm, this Trump character should’ve at least have been given a fair shot. How can he be looked at for impeachment when he hasn’t even won the presidency yet?

Unfortunately, the answer is no. Dems are far too partisan to see straight.

What this signifies is that Dems “found” a crime committed by Trump and worked backward to make sure everything lined up. In other words, 45 was guilty before being presumed innocent. And it doesn’t get anymore un-American than that.

If the mainstream media was honest with the American people, this would be a story they’d report above all else, at the moment.

Not only do Democrats want President Trump out of office because they hate him – not because he broke any laws – but they want as much TV time as possible to let the politically uninformed know they are attempting to kick POTUS out, therefore making it seem as if they are doing a good job.