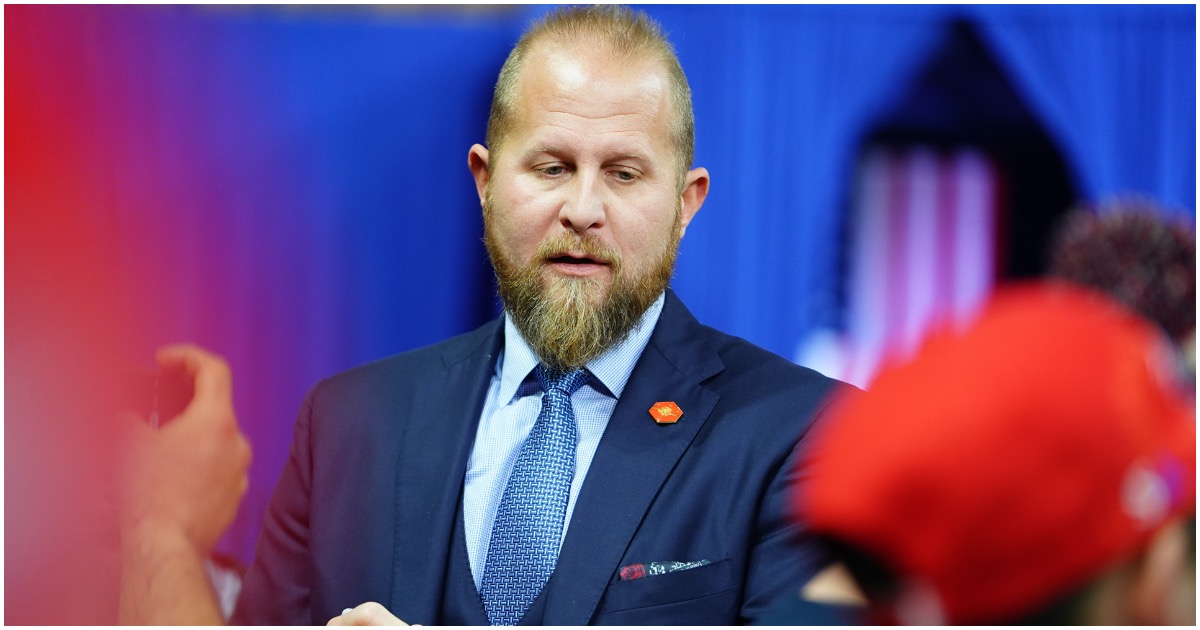 The following article, Brad Parscale — Are You Going to Own It?, was first published on Flag And Cross.

Fort Lauderdale – This past Sunday, Brad Parscale, Donald Trump’s campaign manager, was seen on SWAT dash cam footage being tackled and arrested by police. Parscale, barefoot and struggling with slurred speech and holding a beer, was confronted by police after his wife, Candice Parscale, had a conversation with the 911 dispatch about his condition and the possibility that he had a firearm during their argument. She alleged that he’d loaded a round into a pistol during the couple’s altercation just moments before.

Parscale, 44, is seen in the political world as a respected and talented campaign giant. Just weeks and months prior, he was giving speeches at Trump’s rallies and campaign stops. To say his fall from grace was epic in the eyes of his fans and social media followers would not be an understatement. The shocking footage shows a man in trouble, a wife frightened, and police doing what seemingly needed to be done when a 911 dispatch officer mentions guns, alcohol, and possible domestic violence. This is the trifecta of how to escalate a simple argument into tragedy, and cops know the stats on such destructive and stacked factors.

While the situation itself is bizarre enough, what really must be asked is how does a media and political giant get here? It’s a far chasm from the public figure the conservative world has known.

The answer is the “License to Misbehave.” Americans (and other cultures around the globe) have seen this fall from grace pattern happen time and again. You could add any number of prominent figures to the list of those who’ve behaved erratically and tragically while intoxicated; high profile crashes aren’t so rare these days, after all.

But in America, being intoxicated during these meltdowns provides cover for behaviors that would otherwise be seen as completely objectionable. From cheating on your husband/wife to uncharacteristic fights in public to a drunken altercation with a firearm, all of these are seen differently as long as the person is drunk or high. In the addiction research world, this phenomenon is called the “license to misbehave.” Crash your car while drinking; it’s OK, “He was drunk.” Get arrested while picking up a bag of weed; it’s understandable, “He was high at the time – he’s got a drug problem.” If you push the license to misbehave too far, all it takes is a quick trip to your local treatment center, along with a drawn out “Sorry” and your problems can disappear in the public eye. Just blame it on addiction. It’s all a charade that is played between the offending public figure and society.

We all see the “I’m going to rehab” for the charade it is – yet we accept this as a path to absolution. On the one hand our culture provides the license to misbehave, and then we provide a get out of jail option by using rehab and the addiction disease myth. Is it any wonder that the license to misbehave is so prominent in our society?

Let’s see if Brad Parscale uses the license to misbehave as his excuse for his poor choices and behaviors or will he own his mistake, make better choices, take personal responsibility for his actions, and go in a renewed direction? These are, after all, the only two choices Brad has. If he gets bad advive and chooses option number one, there will be a dark shadow on his life and career from which he may never recover – being seen as an alcoholic for life is no way to further one’s occupation and lifestyle. We can only hope he makes the second choice, so he can crawl out of that hole, and once again become the prominent respected political figure he was just a week prior.

Take option two Brad, we’ve all made mistakes and we want to see you on top of the world again.

Mark Scheeren is the co-author of The Freedom Model for Addictions, Escape the Treatment and Recovery Trap, and is the co-founder and Chairman of the St. Jude Retreat, the only residential non-12 step model for addiction in the world. For addiction help, call 888-424-2626

For more information about The Freedom Model go to TheFreedomModel.org

Continue reading: Brad Parscale — Are You Going to Own It? ...