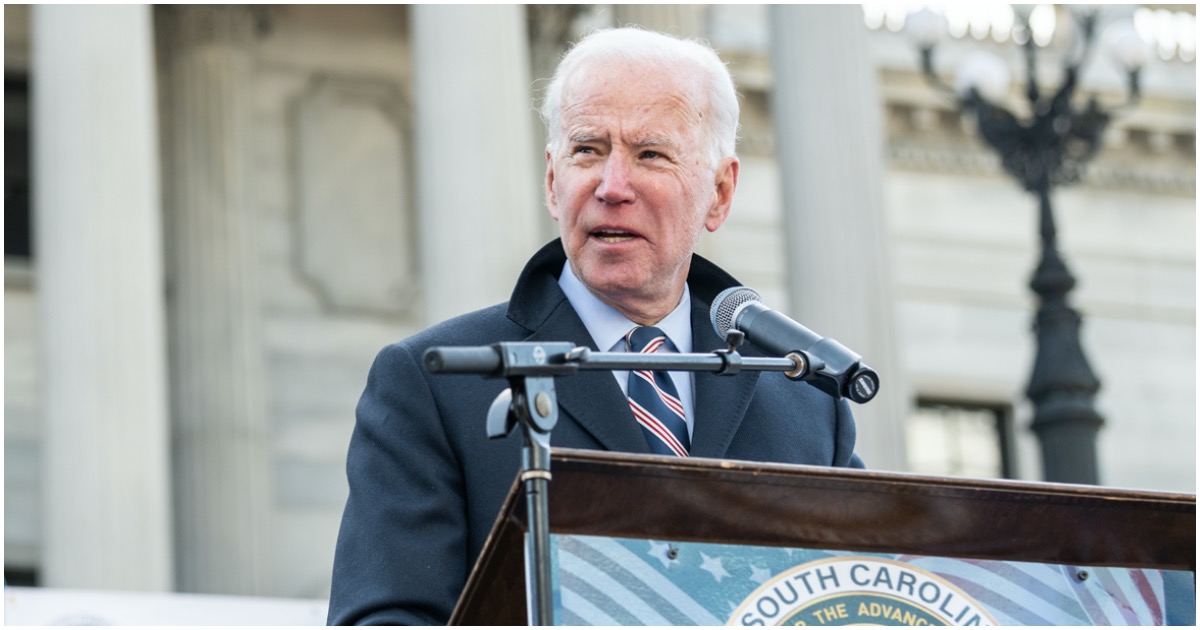 The following article, Biden Touched Me In ‘Inappropriate & Uncomfortable Way’ — Wife of Boston Marathon Hero Speaks Out, was first published on Flag And Cross.

When a woman makes an accusation about a right-leaning man, say Donald Trump or Brett Kavanaugh, the mainstream media is quick to cover the story from all angles, regardless of whether or not a real investigation is warranted.

But when a woman accuses a left-leaning man of sexual harassment, it is virtually a non-story to the MSM.

The wife of a Massachusetts transit police officer who was injured in the manhunt for the Boston Marathon bombers accused Joe Biden of touching her inappropriately and making a suggestive comment in 2014.

In two Facebook posts, one of which has since been deleted, Kim Donohue alleged that during a remembrance ceremony in Boston, a year after the April 2013 deadly bombing, then-Vice President Biden began “rubbing” her lower back.

In a separate post, this one made in July 2016, Donohue reiterated her claim that Biden “greeted me by rubbing my back in an inappropriate and uncomfortable way” then “pushed” her husband, Dic Donohue, who was shot in the leg by one of the Tsarnaev brothers, aside.

“Biden then asked if I wanted to ride in a car with him down to a ceremony we were all attending at the Marathon finish line,” Donohue wrote. “He led me down a black hallway (Dic of course followed) and I got inside the most uncomfortable 3 person car ride I have ever been in.”

Biden is one of those guy’s who couldn’t hit water from a boat. He’s just doesn’t have it, despite somehow managing to convince people to keep him in DC for decade after decade.

You’d think a liberal would’ve risen up to overtake Joe for their party’s nomination to take on Donald Trump, but nope.

This man is the best Democrats have to offer.

Joe Biden is the Ron Burgundy of politics. If it’s on the teleprompter he will read it. Clearly not the sharpest tool in the shed… no wonder China desperately wants him to win!

Joe Biden is the Ron Burgundy of politics. If it’s on the teleprompter he will read it. Clearly not the sharpest tool in the shed… no wonder China desperately wants him to win! pic.twitter.com/Q4EWZwJkUv

Short clips like the ones above and below are priceless.

The look on a liberal’s face when he/she/it/they/ze learn the truth makes sticking it out until the end completely worth the time.

The problem is that most of these people are probably set in their ways, unwilling to look at another candidate (like Trump).

Remember the times when biden as VP on stage as obama was giving awards with the person’s family also on stage with biden touching the young daughter as that child had a terrified look on her face, not knowing what to do, obviously uncomfortable with biden’s actions. Time to expose biden.