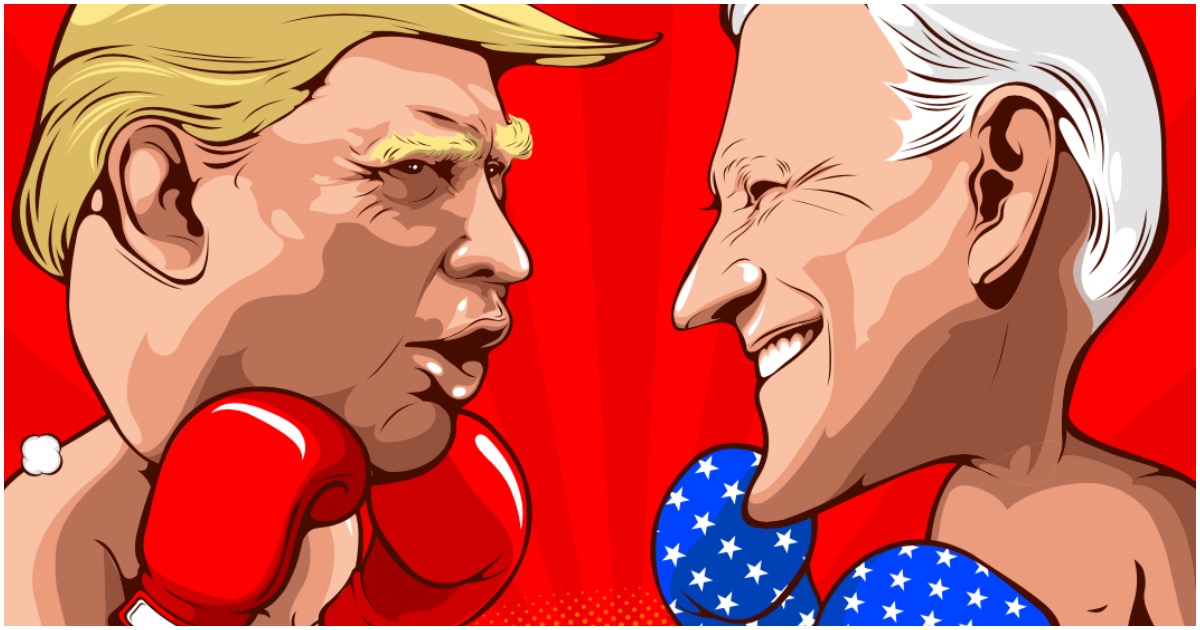 The following article, The Debate: Two Against One for Trump – Lying & Denying for Biden — Opinion, was first published on Flag And Cross.

Twice the former Vice President called the President a clown and a fool, in the early stages of the debate, this was a clue to the approach Biden had decided on. Following that, Joe spent a good deal of time blaming the President for the entire coronavirus pandemic. China got off easy, but Joe Biden may not fare so well in the light of the following admonition of scripture.

After Joe started with a hit below the belt, the fight was on.

In all the subsequent commentary about the debate it was amazing to see that almost no one called out Chris Wallace for being the second greatest interrupter of the evening. His bias against Trump and his favor toward Biden, could not be masked.

Biden would interrupt, then the ball was passed to Wallace who in turn questioned the President in such a way as to appear to be a third debater.

This writer has always picked up on the Wallace anti-Trump leaning.

Known for long and droll questions, citing the obvious and less than important questions, it might have been excusable if you consider that Chris may have only been trying to keep up with his father’s career highs. In case the reader has forgotten, Chris is the son of 60 Minutes journalist Mike Wallace.

What we know is, that referees may get frustrated with the fighters ignoring his calls, but he is never allowed to throw in a few punches of his own.

Bias is better served up sprinkled with subtlety, but Wallace had none to spare.

Chris Wallace seemed to forget the rules that apply to the moderator in this first debate.

Wallace wrote the book “Countdown 1945: The Extraordinary Story of the Atomic Bomb and the 116 Days That Changed the World.”

It is apparent to most, that the debate was also a bomb, but there was little to change the world in Wallace’s heavily biased performance.

For Biden, it was pivoting around the ring, one foot for lying, then to the other for denying.

It is impossible to hide a public record – so denying is a coward’s last defense.

The entire nation knows Biden claimed he went to Delaware State University – but he did not.

Bank and financial institutions along with testimonies of various public figures make it impossible to deny that Hunter Biden received millions of dollars for doing just about nothing.

Joe Biden denied the truth of all his son’s dealings and there is no doubt that millions of people already swept up in Trump hating democrat hyperbole, opened wide to swallow.

Biden had 47 years not just to produce nothing, but he was a good student of political subterfuge and rhetorical double talk. Looking squarely into the camera, he shifted the conversation away from his enemy and his own dismal record by appealing to the poor hurting Americans sitting at their kitchen tables and mourning the ravages of the coronavirus pandemic.

As feelings go, we are mostly convinced that Biden doesn’t give a hoot about those Americans – he is still a lifetime politician haggling for yet even more personal political power.

In this case, we can only guess if he is lying or that he skipped economics 101 when he didn’t attend Delaware State University.

Taxes do not promote growth or jobs anywhere in this world much less in this country.

Biden is the white Uncle Tom for the Obama administration. Uncle Joe was tagging along on Obama’s coat tails doing – much-a-nothing. But old stayed politicians look like admirable anchors in the American landscape, even if their usefulness is always highly suspect.

What is the summary, the conclusion of all of this?

Joe Biden loves himself and power.

This is obvious to millions of Americans even without an honorary degree from Delaware State University.

Continue reading: The Debate: Two Against One for Trump – Lying & Denying for Biden — Opinion ...

That is the way us conservatives seen it, but the dems/liberals consider biden a win, all it took was for joe to show up, not fall asleep for 90 minutes, and not to have one of his senile moments while on stage.