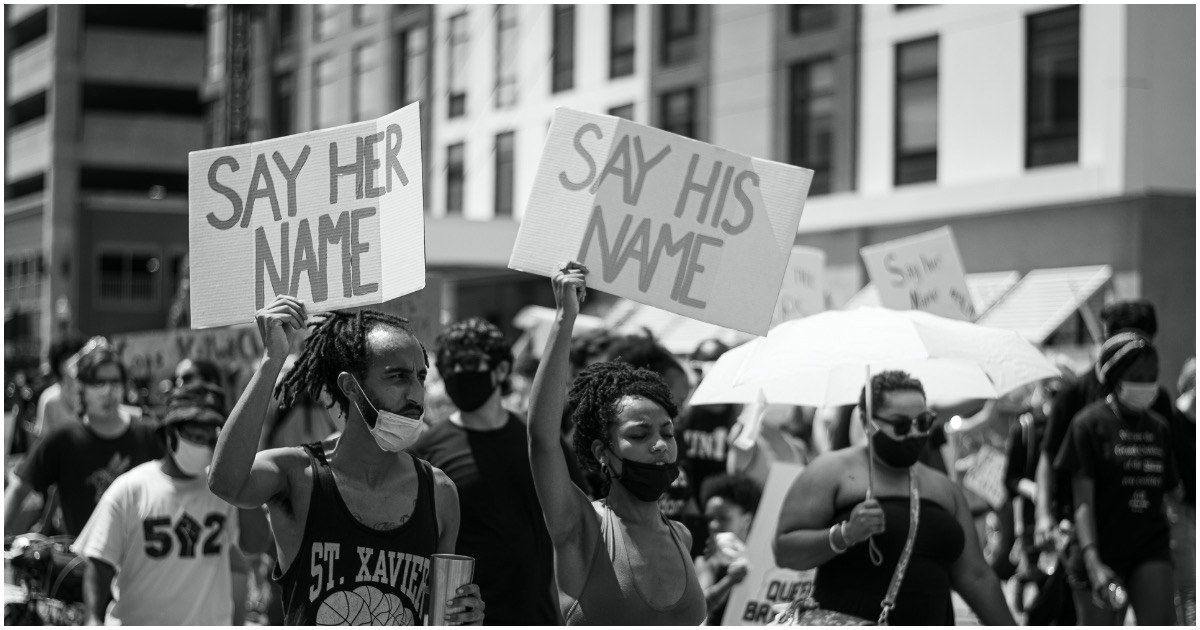 The following article, ‘Say My Name’ & Being Completely Inclusive — Opinion, was first published on Flag And Cross.

On September 10th at three in the early morning, a man in Hendersonville, North Carolina was awaken by a loud crash of glass outside his home. When he looked out his window he saw two men breaking into a car. He ran outside with his gun and confronted the two men. A gun fight ensued, and he retreated to his house. He called the police, who arrived quickly.

Upon the arrival of the police, the men who were breaking into the car, agreed to surrender. Then in a very quick moment, one of the men pulled out his gun and shot Deputy Ryan Hendrix in the face. Later he died at the hospital.

Deputy Hendrix was a father of two and recently had become engaged. He had served as a sheriff in Hendersonville county for eight years. He was also a former Marine. Those who knew him described him as a humble Christian. He was beloved in his community and had a spotless record of doing good wherever he could.

Yet very few American’s will ever hear his name. You see it isn’t fashionable to say the name of someone who didn’t meet the current criteria of major news sources, like CNN. We hear and see the words, say their name on the back of sports uniforms and it has become the calling card of the BLM movement.

Making me wonder, when people say, we want real inclusivity, if the Left really knows what this statement means. How does a young man with no police record, who attends church, is a devoted father of two and who served his country honorably not get national press? Especially at a time when those with criminal record, high on drugs and have arrest warrants get national notoriety.

The Pittsburgh Steelers players were asked to put the name of a recently killed person on their helmets for the upcoming football game. Initially they agreed, only to later tell management they wouldn’t. It seems the Steelers were not given the full facts about the person. A few of the players did some research and found out the full story, which included a criminal background. Forcing some of the players to cover up the name, which I won’t state in this article.

Inclusivity as a word is quite the opposite of what the Left will make you believe. From a Judeo-Christian viewpoint no verse better explains inclusivity then Genesis 1:27, where is says;

This is true inclusivity. All people; and it means all people without exception, are created the same, in the image of God. It also means gender is equal as well. This is the best definition of inclusivity I could give any person who asks. Bending important words like inclusivity by only using half-truths doesn’t change the real meaning. The real meaning of individual words can’t be hidden by agenda.

Perhaps part of the reason Deputy Hendrix died is because of the unusual and unfair pressure that our law enforcement have been put under by this misguided and terribly informed view of inclusivity.

I am sure that in the back of the minds of the police that dreadful night was the recent overzealous desire to call all police brutes. It makes we wonder if this inerrant claim caused Deputy Hendrix to let his guard down; just enough to give a career criminal one last chance to craftily manipulate the scene and kill an example of what is great about America.

The criminal who shot Hendrix was a career felon. And make no mistake about the fact, felons are con-artists. They prey skillfully on the weak and seek any advantage to do harm. Amateur police critics don’t know this when the critique one of the hardest jobs to have in America. When you meet a felon, you are not talking to a grocery store worker or a minister. You are talking to real evil.

And you see this around America today, these amateur police critics have caused our crime rate to increase significantly. People are leaving the major cities in droves. Americans want law and order, not mayhem. After the very basics of life; food, water, rest and warmth, the most important need for all humankind is safety. And this false view of inclusivity is putting this essential need of safety at risk.

I wish CNN would run the story of Deputy Hendrix, they won’t. But this this doesn’t change the facts and the truth. Instead they will insist we say their name for the select few they have picked. I choose to say all their names, regardless of race, gender or religious beliefs; and I chose to be fully inclusive as the Bible says very well in Genesis 1:27.

Dr. Bruce L Hartman, a former Fortune 500 CFO, is the author of Jesus & Co., Your Faith Has Made You Well and Spend A Year With Jesus. Dr. Hartman’s website, www.brucelhartman.com, contains inspirational messages, podcasts and videos to help Christians in their daily lives. After a successful career in the business world, Dr. Hartman obtained his Doctorate in Ministry. He is now an active Christian writer; both in writing books and a frequent contributor of Christian articles. Dr. Hartman is a regular guest on Christian radio throughout the nation.