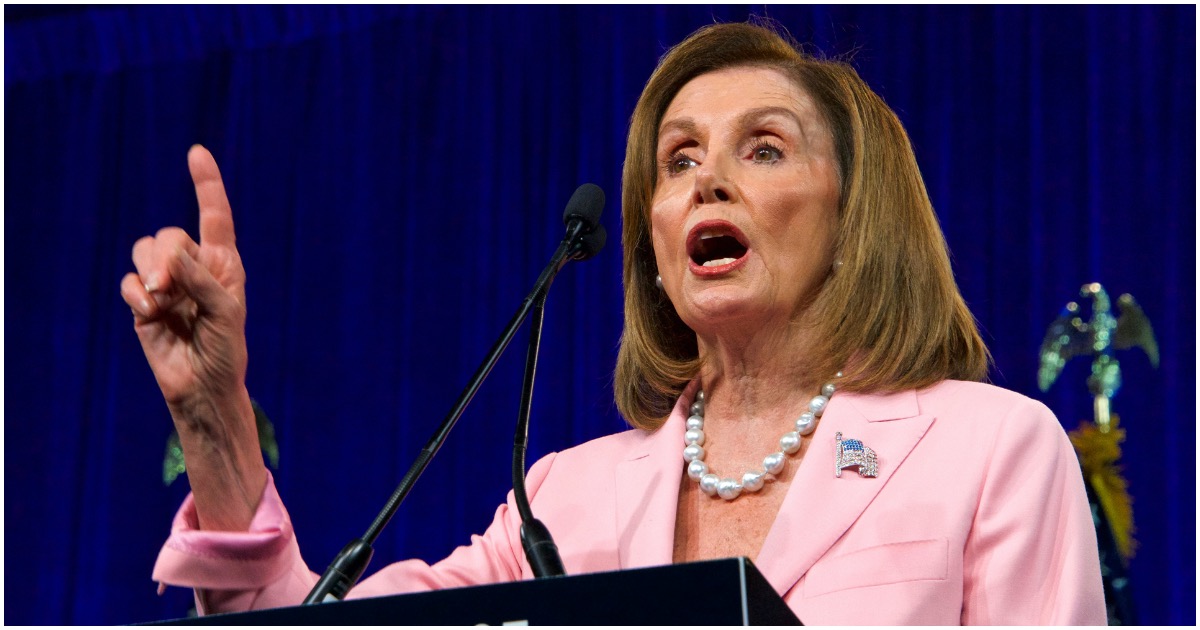 The following article, ICYMI: Pelosi Says If GOP Moves Forward With SCOTUS Nomination, ‘There Has To Be A Price To Pay’, was first published on Flag And Cross.

Nancy Pelosi doesn’t think Joe Biden should debate President Trump. She doesn’t give a legitimate reason why, but come on – we all know why. Joe isn’t all there.

House Speaker Nancy Pelosi on Friday doubled down on her argument that Democratic presidential nominee Joe Biden should not debate President Trump, claiming the Republican incumbent and his “henchmen” have no “fidelity” to facts or the truth.

Asked during an interview on “Morning on CBS” whether she still believed the former vice president should skip the three scheduled debates, Pelosi said: “Oh, I do. Not that I don’t think he’ll be excellent. I just think that the president has no fidelity to fact or truth and, actually in his comments the last few days, no fidelity to the Constitution of the United States.”

Here’s video of Pelosi claiming there “has to be a price to pay” if Republicans move forward with a SCOTUS nomination before the general election.

“I want the Judiciary Committee — that could be great if it were skipped,” Limbaugh said Monday on his daily radio program. “We don’t need to open that up for whatever length of time, so that whoever this nominee is can be Kavanaugh’d, or Borked, or Thomas’d. Because that’s what it’s going to be, especially when it’s not even required.”

Continue reading: ICYMI: Pelosi Says If GOP Moves Forward With SCOTUS Nomination, ‘There Has To Be A Price To Pay’ ...

That “price to pay” will be paid by the liberals/socialists as they will lose the liberal leaning supreme court and perhaps some of their corrupt and dictatorial acts will be stopped there.

Amy Coney Barett has already gone thru the hearings, she has already passed the test for Federal judge. Rush is right, she just needs a floor vote.