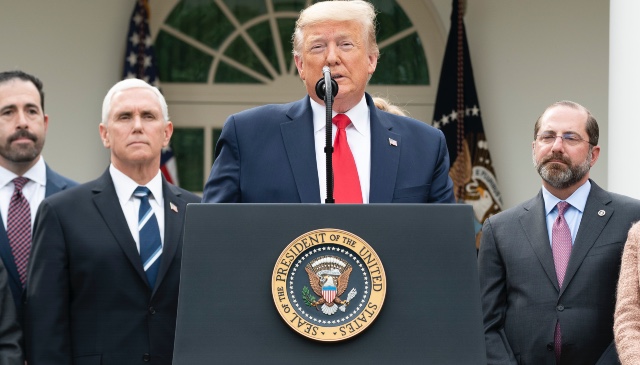 According to brand new reports, states are set to receive 6.5 million rapid coronavirus tests this week, thanks to a plan detailed by President Trump on Monday, calling the move a “game changer” that will enable leadership in those states to provide better protection for first responders and to reopen schools.

The whole idea of reopening schools has been something of a hot button issue as of late, despite the mountain of evidence that supports children not having severe issues with the virus like high-risk adults do.

Here’s more from the Washington Times:

Mississippi Gov. Tate Reeves, a Republican, thanked Mr. Trump for the BinaxNOW tests. He said the 15-minute turnaround time will allow him to screen K-12 schoolteachers daily instead of weekly.

“We want to get 100% of our kids back in the classroom,” Mr. Reeves said in the White House Rose Garden.

All told, 100 million of the Abbott tests will be sent to states.

Governors can use them as they see fit, though the White House wants them to keep K-12 schools open, support critical infrastructure and first responders and stamp out local flare-ups of COVID-19.

Mr. Trump said the other 50 million tests will go to nursing homes, assisted-living facilities and historically Black colleges and universities as part of an effort to protect the most vulnerable. He said the shipments will be a “massive and groundbreaking” expansion of the nation’s testing.

Despite what mainstream media outlets have had to say about the Trump administrations handling of the coronavirus, the president has done a fantastic job. He’s refused to abuse his power and get involved in state affairs, allowing governors to handle the bulk of the work just as the Constitution calls for.

And, for the most part, the majority of governors seem to have done fairly well. This goes to show you that federalism works and it works very, very well.