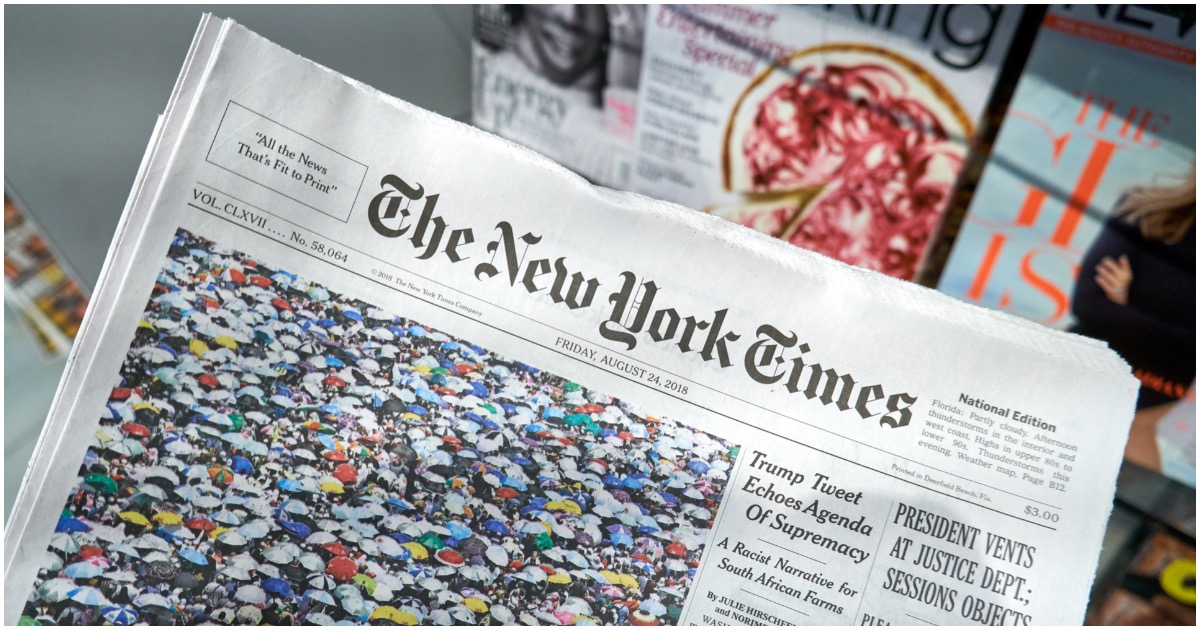 Why allow supporters of the president to share their thoughts on election night when you can just silence them, ensuring the only news being read comes from a liberal perspective?

The editorial board of The New York Times is imploring the world’s leading social media and technology companies to prepare themselves for a scenario in which President Trump claims victory on election night before he has been officially declared the winner.

“Imagine: It’s midnight, and the electoral map looks quite red. But news networks and election officials aren’t calling the swing states, as this year’s record numbers of mail-in and absentee ballots have yet to be fully counted,” the Times wrote in an editorial published Sunday.

NYT editorial board is essentially calling for censorship of Trump and his “allies” aka supporters on social media on election night. https://t.co/ktWnOVotZP pic.twitter.com/kLYUJxd98o

Say hello to Maggie Haberman of the Times.

According to her, POTUS is just as bad a person as the murderous leaders of the world’s leading state sponsor of terror.

Because of people like Haberman, liberals will forever remain in the dark.

To the leaders of Iran – DO NOT KILL YOUR PROTESTERS. Thousands have already been killed or imprisoned by you, and the World is watching. More importantly, the USA is watching. Turn your internet back on and let reporters roam free! Stop the killing of your great Iranian people!

“Let reporters roam free” says the president, who routinely refers to the US press as “enemy of the people,” to Iranian leaders. https://t.co/zTtSdiOyDj

Obama jailed journalists, spied on them, and journalists were muted, at best, in reporting this.
Trump tweets criticisms, they compare him to the Ayatollah.
If you ever wonder why the public despises these people, remember this. https://t.co/duz39aj16u

I think it's possible that Maggie Haberman has become the most obtuse person covering the White House as a supposedly objective reporter for a major new outlet. This, plus her wild impeachment takes, plus that time she suggested 'Edelweiss' was a Nazi anthem… https://t.co/qaJyUXXv8X

Notice how you were free to tweet this without fearing for your life https://t.co/3Jpo8P0C1m

Because you falsely report about what's going on in Iran to undermine the Iranian people and to appease Mullahs. NYT is the fake news.

Tell me when President Trump murdered reporters. Question. Does Iran pay you to push its propaganda or is it a hobby? Tell me when you have ever been prevented from reporting anything you want, even when it is incorrect? https://t.co/WZvvSYLSJE