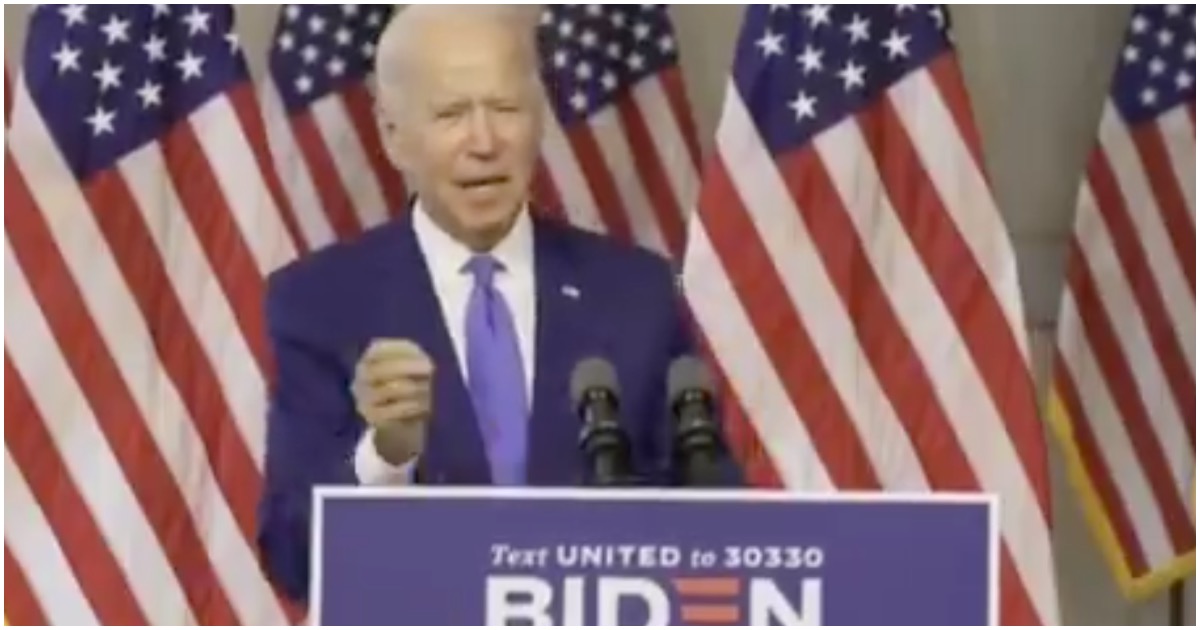 The following article, ICYMI: Joe Says ‘200 Million’ Will Be Dead From COVID By the Time He Finishes This Speech, was first published on Flag And Cross.

There are no words to describe Joe Biden, anymore. The guy is just gone. How a person can vote for him in November literally makes zero sense. He’s not fit to run a hot dog stand, at this point.

How can somebody get words mixed up so badly even when reading from a teleprompter!?

According to the former VP, 200 mill…LOL, I can’t even type the sentence without laughing. Just check this out, via The Daily Wire:

Democratic presidential nominee Joe Biden struggled during a speech on Sunday, falsely claiming that estimates indicated that there would be 200 million people dead from COVID-19 by the time he was finished talking.

Joe Biden says 200 million people will have died from covid by the time he finishes his speech today. Just a bit off on that number. pic.twitter.com/7MVpUb1R8P

Biden did not correct himself but, several minutes later, said, “Like I said, as I speak, we’re probably passing 200,000 deaths lost to this virus.”

Imagine having to go four years of hearing the most powerful man in the entire world speaking Klingon, or in tongues, or whatever it is that Joe does.

Half of the time, it’s just not even English.

If Saturday Night Live played it down the middle, there would probably be some pretty funny skits mocking Joe.

Continue reading: ICYMI: Joe Says ‘200 Million’ Will Be Dead From COVID By the Time He Finishes This Speech ...