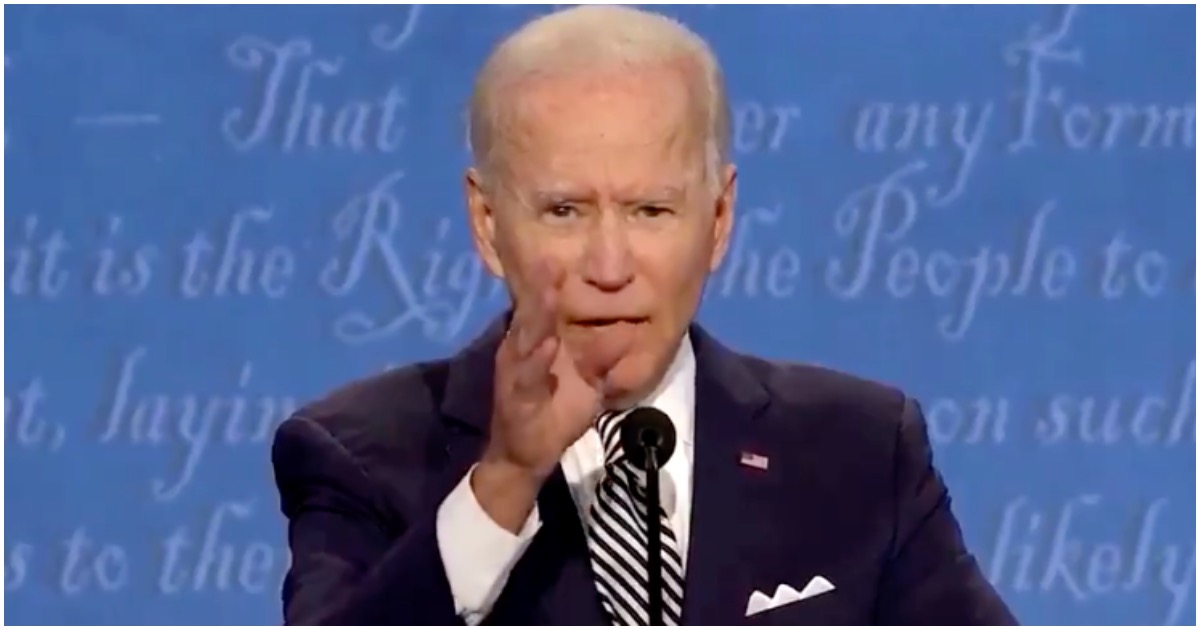 The following article, Biden Refuses to Answer Debate Question, Tells President Trump: ‘Will You Shut Up, Man?’, was first published on Flag And Cross.

If we’re being honest, President Trump didn’t come off looking great at the first debate with all his interruptions. Sure, Biden jumped in when Trump spoke too, but POTUS did it far more often.

At the end of the day, the differences in policies between the two men are vast. It’s right vs. wrong – period.

At one point during the debate, the former VP told the most powerful man in the world to “shut up.”

Trump presses him on it

Biden: “WILL YOU SHUT UP?” pic.twitter.com/nIB9NcKoEh

JOE BIDEN: “I’m in favor of law…and a little bit of order.” pic.twitter.com/jrN8earLH5

Joe wants to shut down this Country. I want to keep it OPEN!

I did more in 47 months as President than Joe Biden did in 47 years! pic.twitter.com/Qa7U3pKxtE