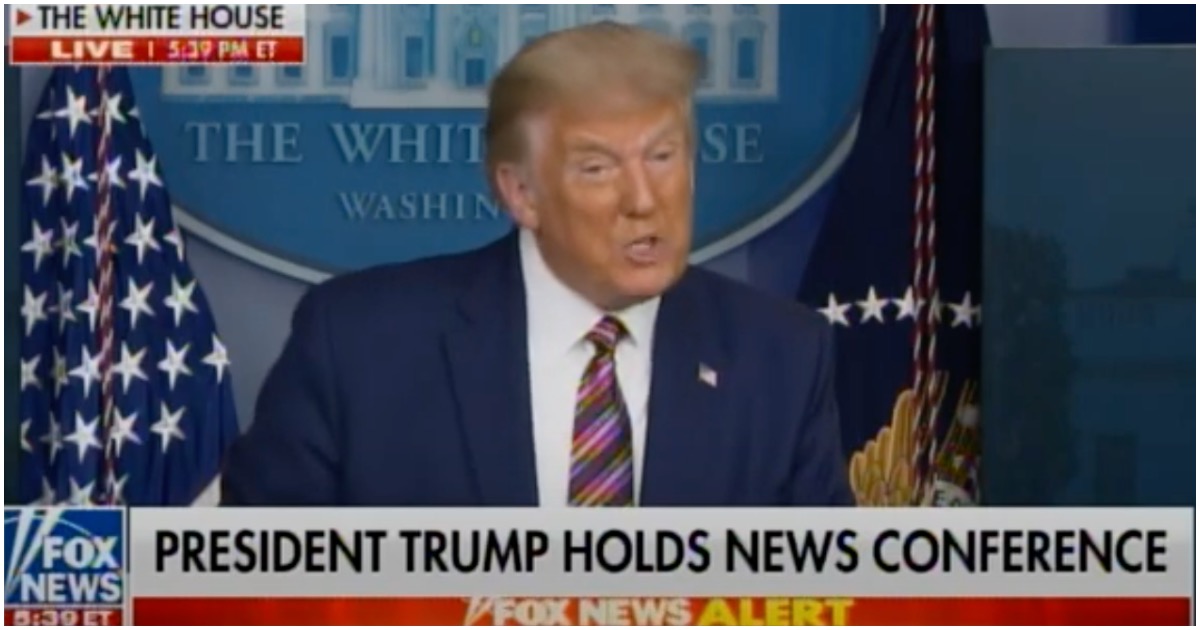 The following article, Trump: Democrats Are ‘Beyond Socialist’ At This Point, They Are ‘Communist’ — Video, was first published on Flag And Cross.

Donald Trump was elected president in 2016 because he wasn’t speaking like a typical politician. People respected that. He didn’t mince words. He was straightforward.

That’s what will get him re-elected in November.

Imagine being so uneducated that you think communism is what is needed in America. At the same time, you’re willing to trash capitalism, despite living in the freest nation on earth.

Such hypocrites, man. Liberals want all sorts of freedoms for everyone (except conservatives), yet they want thousands of laws telling them what they can’t do.

For Bob Avakian, founder and leader of the Revolutionary Communist Party USA, this year’s election is actually an easy call: The need to stop President Trump is so overwhelming that he has no qualms about backing Democrat Joseph R. Biden.

The far left usually finds itself at election time grappling with tricky questions about lesser-of-two-evils, and fears of boosting what they see as a corrupt Democratic Party. But that’s not happening this year.

Democrats like Katie Porter of California would rather side with China than the president of the United States. In her mind, the communist nation is accurately reporting its COVID-19 death numbers.

Therefore, to Porter, America has the largest amount of deaths from the virus.

And here’s just another prime example of how leftists mislead their constituents.

"Why is it so hard to say we should hold [China] responsible?"

Continue reading: Trump: Democrats Are ‘Beyond Socialist’ At This Point, They Are ‘Communist’ — Video ...

The President is correct as the democrat political party is now working hard to turn America to being communist. Their franic attempts to win the elections using their voter fraud must be stopped. If they gain control over America there will never be another conservative government as they change the rules to favor themselves in future elections.