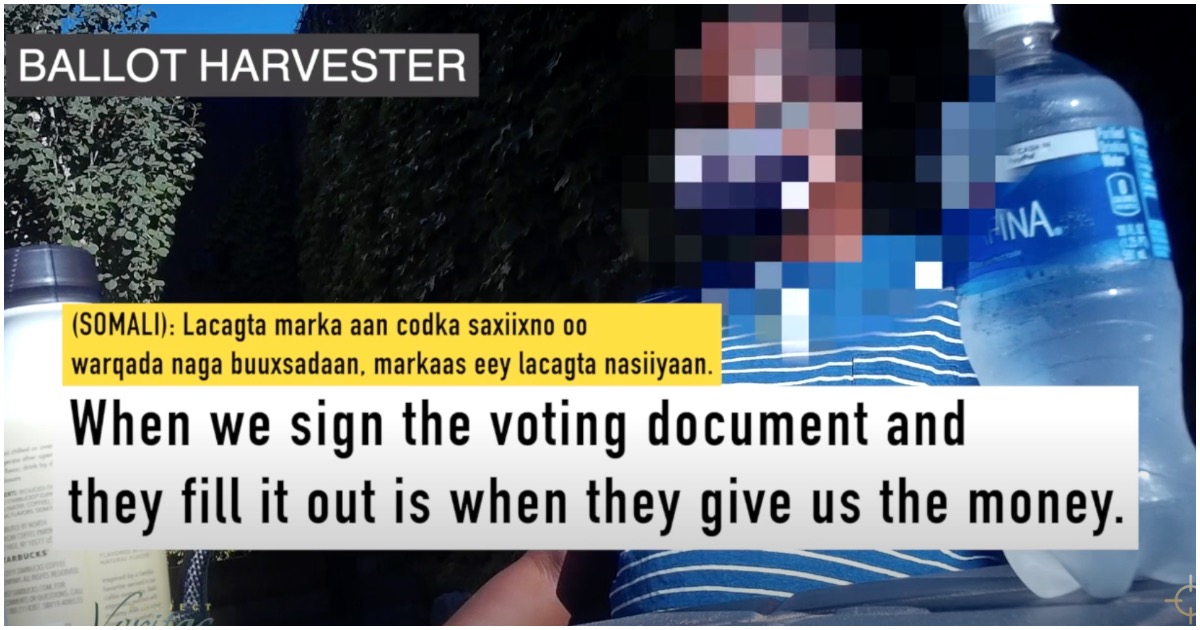 Everybody knows that Ilhan Omar is corrupt. Her disturbing track record proves it. However, this new blemish on her resume is likely to turn more heads than usual.

If the mainstream media was honest with the American public, they’d report on this story from Project Veritas.

Here’s the deal, via Project Veritas:

[Minneapolis–Sept. 27, 2020] Project Veritas investigators revealed a ballot harvesting scheme here involving clan and political allies and associates of Rep. Ilhan Omar (D.-Minn.) in the first of a series of reports.

“Numbers don’t lie. Numbers don’t lie. You can see my car is full. All these here are absentees’ ballots. Can’t you see? Look at all these, my car is full. All these are for Jamal Osman… We got 300 today for Jamal Osman only,” said Liban Mohamed in a series of Snapchat videos posted July 1 and July 2 on his own Snapchat profile.

Mohamed said he was collecting the ballots to help his brother win the city’s Aug. 11 special election for a vacant Ward 6 city council race—which was held the same day as the primary for Omar’s MN-05 congressional seat. Ward 6 is the heart of the city’s Somali community and the Omar’s political base.

James O’Keefe, the founder and CEO of Project Veritas, said: “Ballot harvesting is real and it has become a big business. Our investigation into this ballot harvesting ring demonstrates clearly how these unscrupulous operators exploit the elderly and immigrant communities—and have turned the sacred ballot box into a commodities trading desk.”

BREAKING: @IlhanOmar connected cash-for-ballots harvesting scheme “Money is the king of everything” boasts harvesting HUNDREDS of 2020 absentee ballots ILLEGALLY! “Numbers do not lie…these here are all absentee ballots…my car is full…”; "Ballots taken away from elderly" pic.twitter.com/DvM3PiSIsJ

Why hasn’t the thug Omar been arrested!
She has a lot to under her belt👿👿

A violation of the law? So why no arrests being reported? Or are these criminals too important to be required to follow the laws?