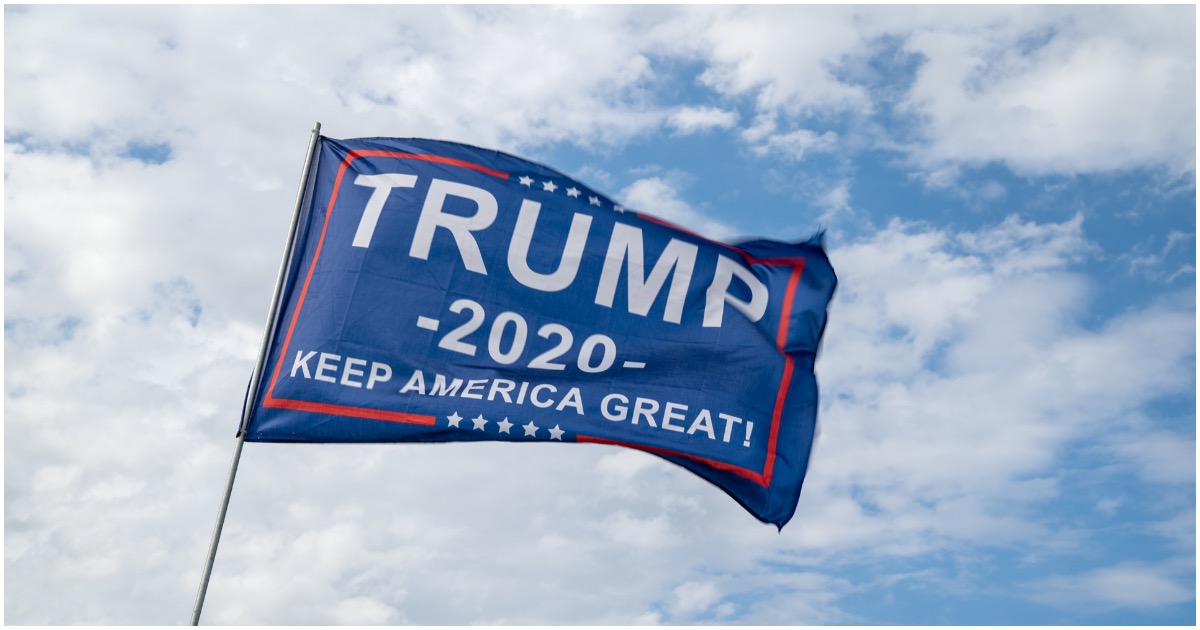 The following article, High School Student In Virtual Class Is Told to Take Down Trump Flag or Get Booted (Details), was first published on Flag And Cross.

Don’t be a proud American who supports the duly-elected president of the United States. Not in 2020. If you’re one of these people, you’re liable to be physically harmed or told to leave class (if you’re still in school).

That’s what things have come to these days.

Imagine if this kid had a Biden flag or a gay flag or a BLM flag. Would he have been given the same ultimatum?

COLUSA, Calif. — A Northern California high school teacher threatened to kick a student out of a virtual class if he didn’t remove a “Trump 2020” campaign flag from his camera view.

The 16-year-old left the Zoom meeting for his Colusa High School chemistry class before the teacher could remove him, according to the boy’s mother, Tiffany. The teen was working from his bedroom where the political flag is pinned to the wall, his mother said.

The school policies generally allow students the right to free speech which includes the wearing of buttons, badgers, and other insignia. The policy bans the use of fighting words and any “expressions” that are obscene, libelous, or slanderous.

Basically, what happened here was that the teacher was offended. And when fascists get offended, they do what they can to shut down the other side.

Continue reading: High School Student In Virtual Class Is Told to Take Down Trump Flag or Get Booted (Details) ...

Communism in the school system. That ‘teacher’ should be fired and barred from being in a position to brain-wash America’s youth.