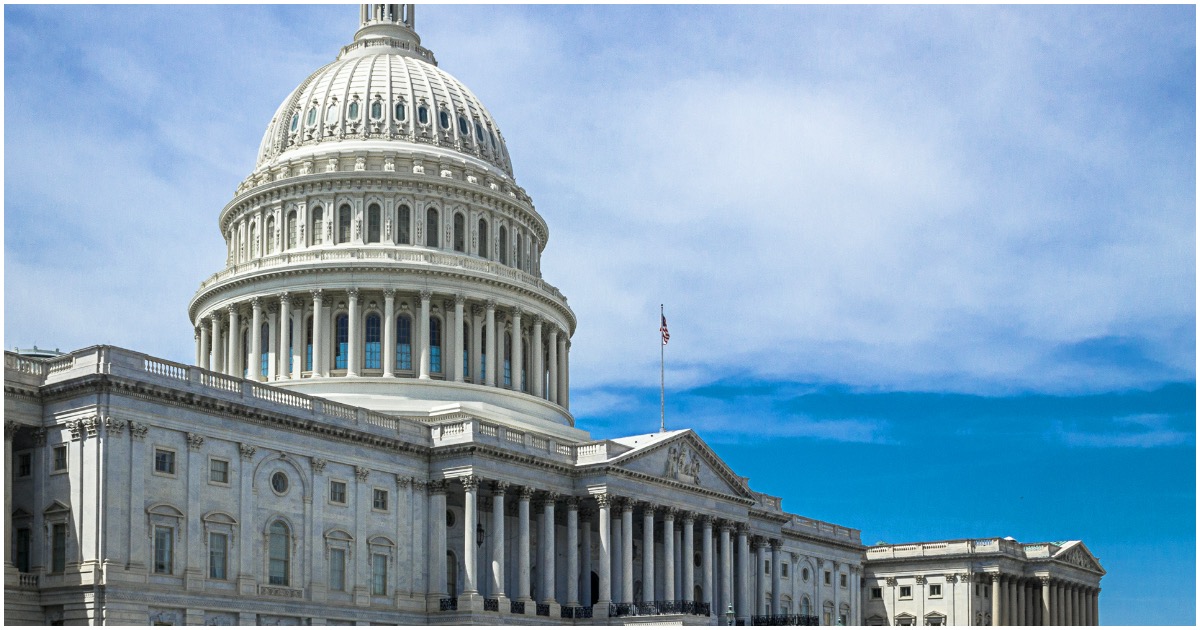 The following article, If Barrett Is Confirmed to SCOTUS, Dem Senator Aims to Pack the Court & End Filibuster, was first published on Flag And Cross.

We’ve seen this time and again. When Democrats don’t get their way, they whine and whine like little children. Often times, they pick up their ball and walk home so nobody else can play.

The nomination of Amy Coney Barrett to the Supreme Court is bringing out the true evils of the Democrat Party, as they continue to attack the judge over her Catholic faith. They’ve even been going after her children.

Several hours before President Donald Trump officially nominated Judge Amy Coney Barrett, 48, of the the Seventh Circuit Court of Appeals to fill the vacancy left by the late Justice Ruth Bader Ginsburg on the Supreme Court, Massachusetts Senator Ed Markey (D-MA) said that Democrats should retaliate by axing two long-held institutional norms—ending the Senate filibuster, and moving to expand the number of justices on the Supreme Court.

The Senate filibuster allows lawmakers to block legislation or a pending vote that doesn’t have three-fifths of the Senate’s support. Democrats such as former President Barack Obama have recently started referring to it as a “Jim Crow” era relic.

While the Constitution doesn’t specifically enshrine the filibuster, it has been a theoretical feature of the Senate since the early 19th century, and was first used in 1837. Other left-wing senators have expressed varying degrees of interest in eliminating the filibuster, including Democratic vice presidential nominee Senator Kamala Harris (D-CA), Senator Bernie Sanders (I-VT), and Senator Elizabeth Warren (D-MA).

If Republicans confirm Judge Barrett, end the filibuster and expand the Supreme Court.

Here are more reactions from Congressional liberals on Barrett’s nomination…

Amy Coney Barrett’s nomination to the Supreme Court is the product of a corrupt, illegitimate process that undermines the will of the American people. Alongside her dangerous, ultra-conservative record, she’s not fit to serve on the Supreme Court.

Judge Barrett’s views would harm real lives—real people—in real ways, from children with pre-existing conditions to women who just want to be able to decide when & how to have a family. I’m fighting for them.

Donald Trump's nominee is a direct threat to the Affordable Care Act, reproductive choice, and so many other liberties we hold sacred.

We can't be silent as he tries to rush a Supreme Court Justice through the Senate.

The American people deserve to have their voices heard.

It doesn’t matter who the Supreme Court nominee is; it matters who’s behind this pick. And the answer is special interests out to capture our courts.

1. This entire process is illegitimate.

2. We knew that anyone on Trump’s list would represent a grave threat to Roe & ACA—including Barrett. Now GOP Senators will have to decide if they are truly willing to take away millions' rights & health care in the middle of a pandemic.

It is clear why Republicans have reversed their position from 2016—they want to use the Supreme Court to overturn the ACA.

What’s at stake with this nomination is the fate of affordable, quality health care and pre-existing conditions protections for millions of Americans.

President Trump has guaranteed that Judge Barrett will deliver on conservative priorities. In doing so, she would stand as the polar opposite to the vision of America that Justice Ginsburg fought for decades to achieve.

I will not vote for a nominee to a lifetime appointment on the Supreme Court until after the American people have voted and our next President and new Senate have taken office. pic.twitter.com/olR4sOuBvT

No big deal, just Senator Mazie Hirono being a religious bigot, questioning whether Amy Coney Barrett can set aside her "closely-held views" as a judge. pic.twitter.com/FI4lH7LtJM

The Dems are trying very hard to make what’s left of America into a banana republic. Or worse !

Would have to hope that the American voters never allow these anti-Americans dem politicians to obtain the power over America to put them in the position to destroy America. Vote all dems out of office in up-coming elections and do your part to save the country.