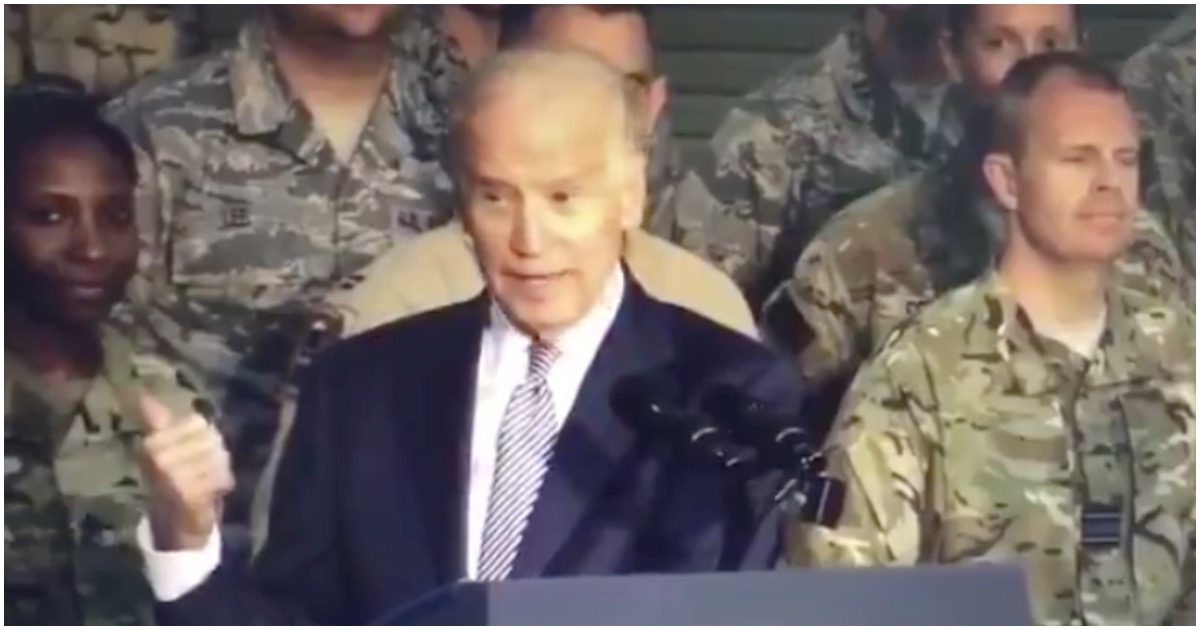 The following article, WATCH: Biden Calls Military Members ‘Stupid B—’ During Overseas Speech As Vice President, was first published on Flag And Cross.

It wasn’t that long ago when the mainstream media pushed a story accusing President Trump of denigrating US military members. The reports have been widely debunked, as one would expect.

And the MSM will remain silent.

A video emerged on Friday of Democrat presidential nominee Joe Biden calling soldiers “stupid bastards” and a “dull bunch” during a speech overseas to U.S. soldiers while he was serving as vice president in the Obama administration.

Team Biden has put out a statement saying Joe was just joking. They must be tired of doing that by now.