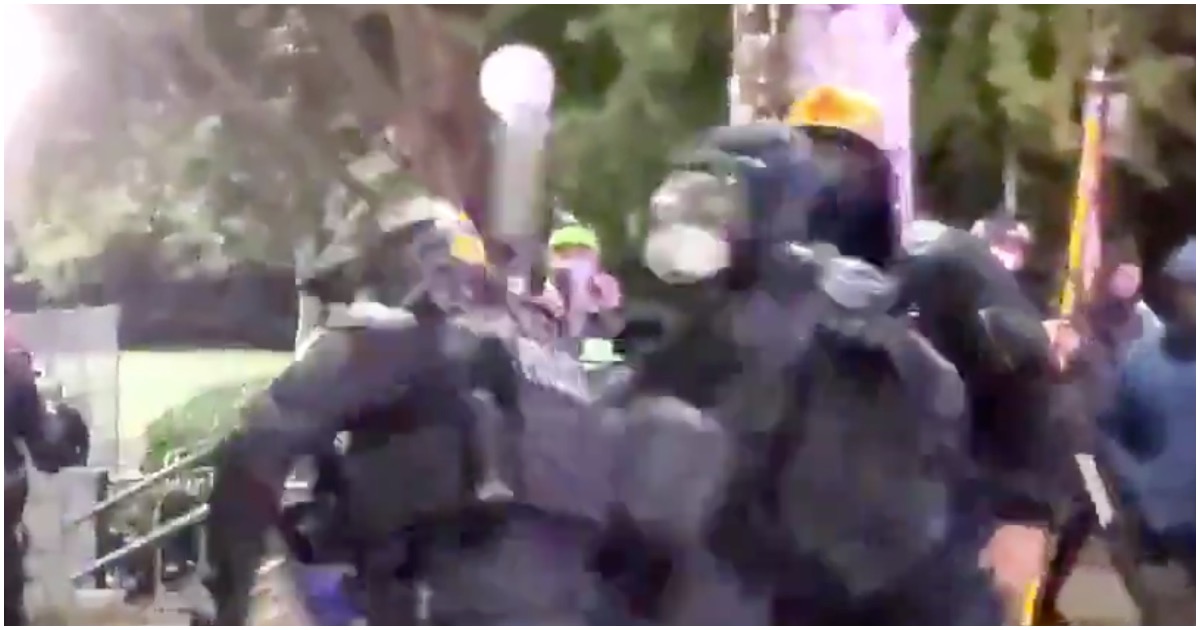 The following article, VIDEO: Antifa Rioter Caught On Camera Hitting Cop In Back of the Head With Baseball Bat, was first published on Flag And Cross.

All these Antifa goons will, hopefully, look back on their lives in 20 years and say, wow, I was some kind of idiot. BLM rioters are obviously no better.

When a cop gets smacked in the head from behind with a baseball bat , while also defending himself from violent leftists coming after him from the front, should that be enough to make headline news?

Nope. Not in 2020, when all that matters is President Trump loses. Nothing that could possibly make Biden voters look bad will be reported.

And the worst part is that Joe, Kamala, Nancy, Chuck, and the rest of ’em won’t say a word about this.

Black bloc terrorist tries to kill a Seattle police officer by hitting him in the head with a bat. The Council and Mayor will say nothing. pic.twitter.com/L7Giudj8Ey

What would a peaceful protest look like without a Molotov cocktail?

And one more clip, for ya…

>we're going to find out where you live and fuck you up
-Members of the Portland "press" #Portlandprotests pic.twitter.com/mI620cAC9e

Something has to be done about these people. They are savages. The world is laughing.

Continue reading: VIDEO: Antifa Rioter Caught On Camera Hitting Cop In Back of the Head With Baseball Bat ...