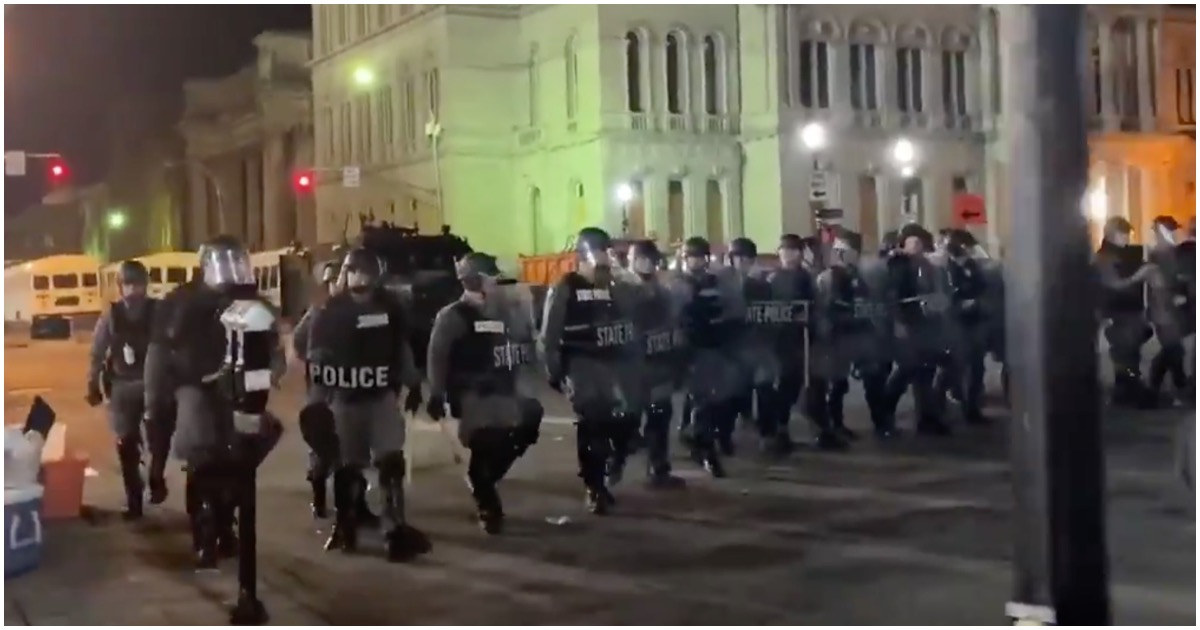 The following article, Multiple Reporters From Conservative Website Arrested In Kentucky Riot, Detained for 12 Hours, was first published on Flag And Cross.

Tonight marks day two of radical leftist protests in Kentucky, after the ruling in Breonna Taylor’s case was revealed to the public.

On the first night, two reporters from right-leaning website The Daily Caller were arrested after apparently having been mistaken for violent liberals.

The Daily Caller’s Shelby Talcott and Jorge Ventura were released Thursday by the Louisville Metro Police Department (LMPD) after spending more than 12 hours in jail after they were detained Wednesday night.

Talcott and Jorge were covering the riots when police grouped them in with protesters and began detaining people. Talcott and Ventura were put in zip-tie handcuffs, despite identifying themselves as press.

Back at the park, a big line of police are moving forward on a sort of scattered crowd pic.twitter.com/LOFfGZgC4G

Released from jail in Louisville after being detained for +12 hours. My colleague @ShelbyTalcott is still detained at the moment, as well as journalist @livesmattershow. Thank you to everyone for the support , I am truly grateful! pic.twitter.com/E6Ooau4viQ

And there it is. After 16 hours, @ShelbyTalcott has been released by @LMPD. Apparently she was one of the last two out of 28 people to be released from her cell even though authorities knew she was a reporter and had no criminal history.

A whole bunch of athletes and celebrities have made clear that they’re not happy with the verdict, via social media channels.

But that’s because they don’t know the whole Breonna Taylor saga, which you can read at this link.