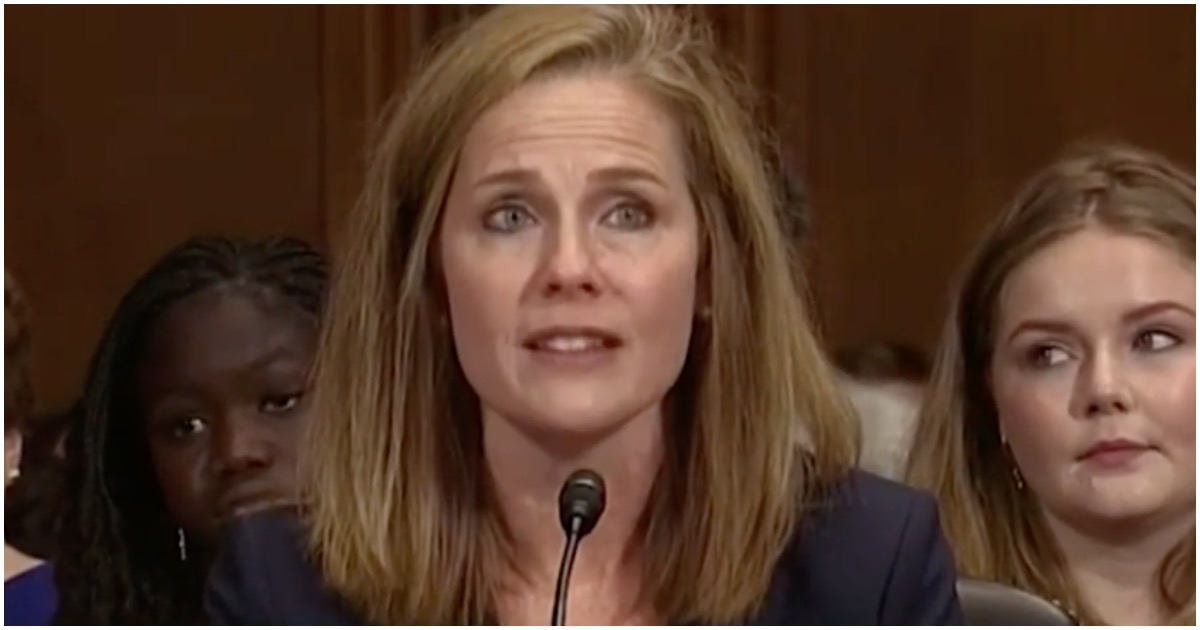 So, is this the route the left intends to take on Judge Amy Coney Barrett? You knew they’d come up with something in an attempt to ruin the woman’s life, considering she’ll likely be President Trump’s choice to replace Ruth Bader Ginsburg on the Supreme Court.

Going straight for the kids, huh?

On Friday, in the wake of news that President Trump planned to nominate Judge Amy Coney Barrett to fill the vacancy left following the death of Justice Ruth Bader Ginsburg last week, a Democrat operative used the opportunity to speculate on the way Barrett’s two adopted Haitian children were adopted—this prompted a barrage of criticism from conservatives who were outraged at the operative for seeming to use Barrett’s children against her.

Dana Houle, who served as Chief of Staff for Democratic New Hampshire Rep. Paul Hodes and campaign manager for Hodes and for Democratic Connecticut Rep. Jim Himes, according to Boston Review, tweeted, “I would love to know which adoption agency Amy Coney Barrett & her husband used to adopt the two children they brought here from Haiti.” 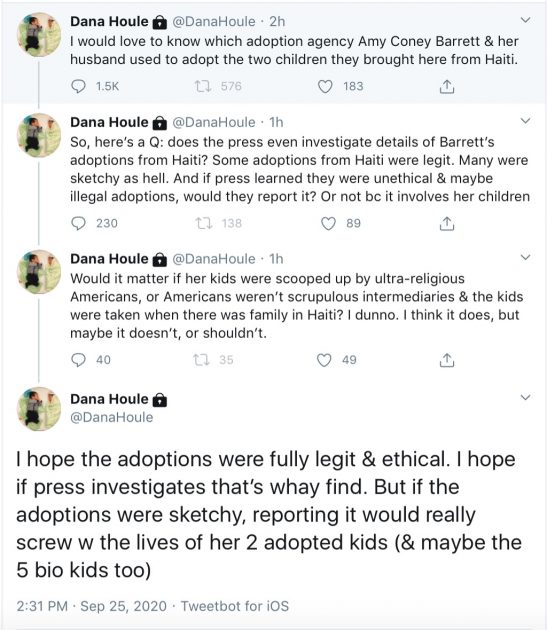