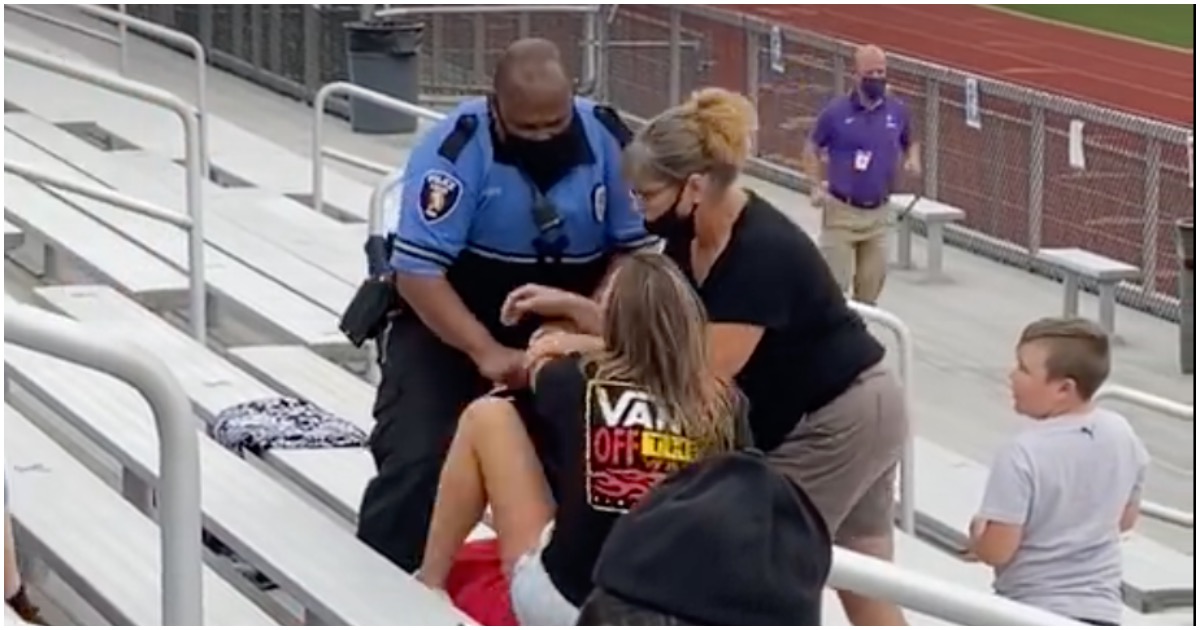 The following article, America In 2020: Woman Is Tased, Cuffed, Arrested for Not Wearing A Mask In Mostly Empty Stadium — Video, was first published on Flag And Cross.

Because the left controls Hollywood, the mainstream media, and the education system, America is quickly becoming a third-world-looking country. Who would’ve ever thought that?

President Ronald Reagan once said, “Freedom is a fragile thing and is never more than one generation away from extinction.”

He was right. We’re well on our way.

Alecia Kitts drove an hour and a half from Marietta to Logan, Ohio to watch her son’s football game.

In the first quarter she was approached by an officer from the Logan Police Department because she was not wearing a mask.

According to Tiffany Kennedy, the woman who shot the above video, Kitts had not been warned for not wearing a mask prior to the officer approaching her. Kennedy also said that Kitts has asthma and that’s why she was not wearing a mask.

If Joe Biden becomes president, a national mask mandate will be a top priority.

For this reason alone Joe and Kamala deserve to lose.

Continue reading: America In 2020: Woman Is Tased, Cuffed, Arrested for Not Wearing A Mask In Mostly Empty Stadium — Video ...