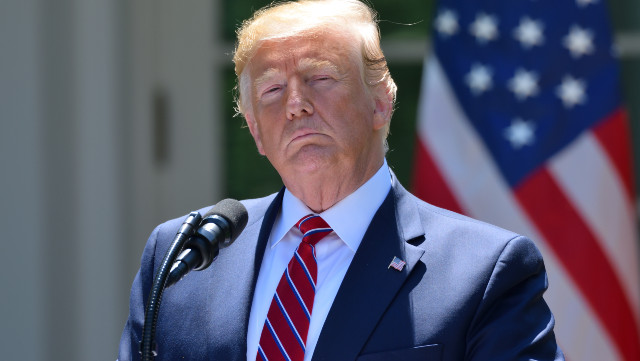 The following article, President Trump, First Lady Booed As They Try To Pay Respects To RBG: ‘Vote Him Out!’, was first published on Flag And Cross.

A group of liberals gathered outside the Supreme Court where they made their feelings about President Trump known as he and First Lady Melania attempted to pay respects to the late Justice Ruth Bader Ginsburg on Thursday morning.

Boy, those radical leftists sure are a classy bunch, aren’t they?

Trump and his beautiful bride appeared on the porch of the Supreme Court where RBG’s body lay in state, both sporting masks and heads bowed in a show of respect. And rather than everyone just setting aside politics for a moment and mourning together, folks gathered at the barricades below and began screaming and shouting at them.

“Vote him out!” and “Honor her wish!” were common refrains heard from the crowd. As soon as the noise started up, the pair quickly turned and left, heading back to the presidential motorcade.

JUST IN: Pres. Trump arrives at the Supreme Court to pay respects to judicial icon Ruth Bader Ginsburg, as onlookers shout "Vote him out!" https://t.co/24QeUyEDzK pic.twitter.com/DqJAKbqY5B

Chants of “Vote him out!” and “Honor her wish!” outside the Supreme Court as the president arrives pic.twitter.com/lys9EqBuNs

The fight to replace Ginsburg has already become a heated partisan issue, with many Democrats demanding that Trump and Senate Republicans honor what was reportedly Ginsburg’s “most fervent wish” that she not be replaced until after the inauguration.

Earlier this week, even a ceremonial resolution introduced by Republicans intended to honor the late justice became a point of contention after Senate Minority Leader Chuck Schumer (D-NY) attempted to slip in an amendment about the alleged dying wish, which Trump has speculated was actually written by Democratic leadership to be used as an emotionalized political bludgeon. Sen. Ted Cruz (R-TX) blocked the amended resolution.

Despite furious opposition from Democrats, Trump said he plans to name a new Supreme Court justice nominee on Saturday, after funeral ceremonies for Ginsburg are over. He has vowed to name a woman, and many speculate that he intends to nominate Judge Amy Coney Barrett, a conservative Roman Catholic.

This country is so deeply fractured along political and racial lines, it makes you wonder if there’s any hope at all for us ever being united together as one people again. If so, it’s going to be a very, very long time.

Politics has brought out the tribal nature in humanity, causing us to focus on our differences and on isolating ourselves by groups, rather than attempting to find our shared commonalities and identifying with each other in our humanity.

We can only hope that one day, we overcome these petty differences and come together around a shared group of values that makes us proud to be Americans.

Continue reading: President Trump, First Lady Booed As They Try To Pay Respects To RBG: ‘Vote Him Out!’ ...

These rioters don’t know what they are asking for. They had better hope Trump wins … despite them.