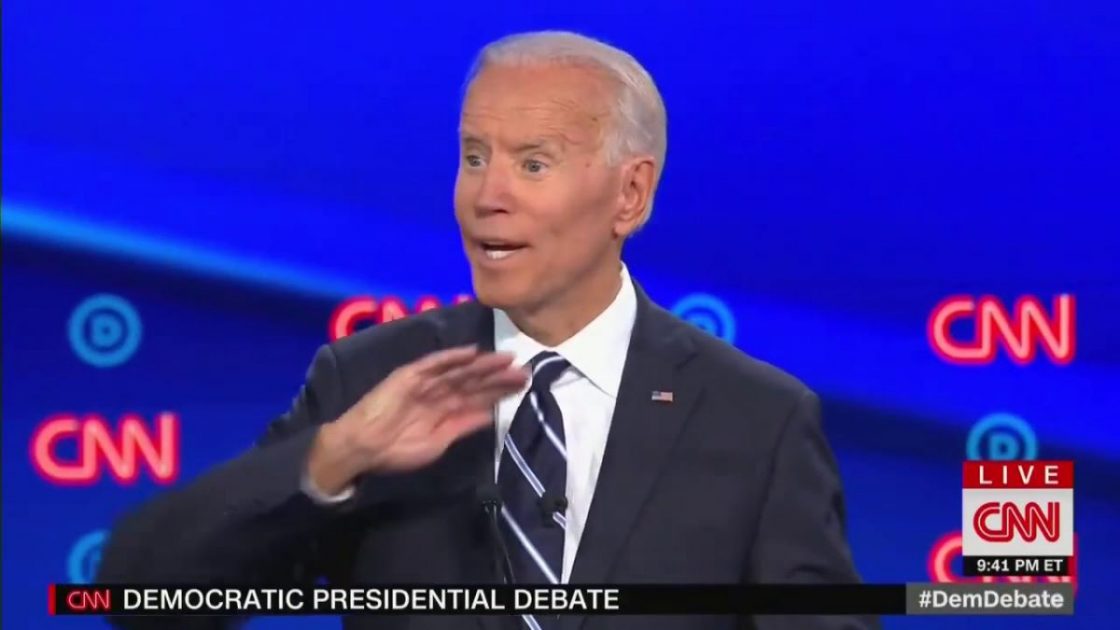 The following article, Top Debate Coach Reveals What Could Potentially Derail Biden During First Presidential Debate, was first published on Flag And Cross.

If you’re dying for some entertaining television, you’re going to finally get what you are craving next week when President Donald Trump and Democratic presidential nominee Joe Biden go head-to-head during a televised debate, the first of the season.

This, ladies and gentlemen, is going to be one for the ages that you won’t want to miss.

Ahead of the debate, Brett O’Donnell, a top debate coach, has revealed a few things that might end up derailing Biden during this first debate.

“[Biden] has not done any tough interviews in this campaign so far, whether or not he can handle the toughest of interviews, a presidential debate, being attacked by the president and also tough questions from Chris Wallace in that first debate remains to be seen,” O’Donnell told “Fox & Friends” on Wednesday.

“Fox News Sunday” host Chris Wallace was selected to moderate the first presidential debate scheduled for Tuesday, Sept. 29, at Case Western University and the Cleveland Clinic in Cleveland, Ohio. The format for the first showdown calls for six 15-minute-long segments – with each segment dedicated to a particular topic.

Trump was interviewed by Wallace in July and Kilmeade pointed out that the president “basically went through” the list of debate topics “with the guy that’s going to be hitting him with the questions.”

“I think that’s a tremendous advantage,” the debate coach said. “First of all, Chris Wallace is a tough interviewer, he is tough on everyone.”

“The president has been through that now and so he can anticipate how Chris Wallace might approach this debate,” O’Donnell continued.

No matter how you cut it, the president is far more prepared and mentally lucid for this debate than Joe Biden could ever hope to be in his current state. There are so many videos chock full of evidence that his mental acuity is not what it once was, and there’s no doubt that Trump will seize upon that and use it to his full advantage.

Trump annihilated Hillary Clinton in their meetings on the debate stage and this is probably going to be an even worse slaughter. However, it will go a long way in allowing the president to reveal to his base and those who are still undecided, what to expect from a second term should he win the election.

It will also allow him to define the differences between himself and Biden. I have no doubt in my mind that Biden is going to blow a fuse during this debate and make a spectacle of himself. And that will only ensure victory for President Trump.

I hope the debate police make sure there is no off camera help for the debaters answering questions( teleprompter, in ear communication devices, or any other help from off stage)

Have to hope that chris wallace is not allowed to soft-ball biden as it’s become so obvious that wallace is a liberal and doesn’t like Trump.

Will Joe be able to stay awake that long? Are they going to let the idiot take a nap?