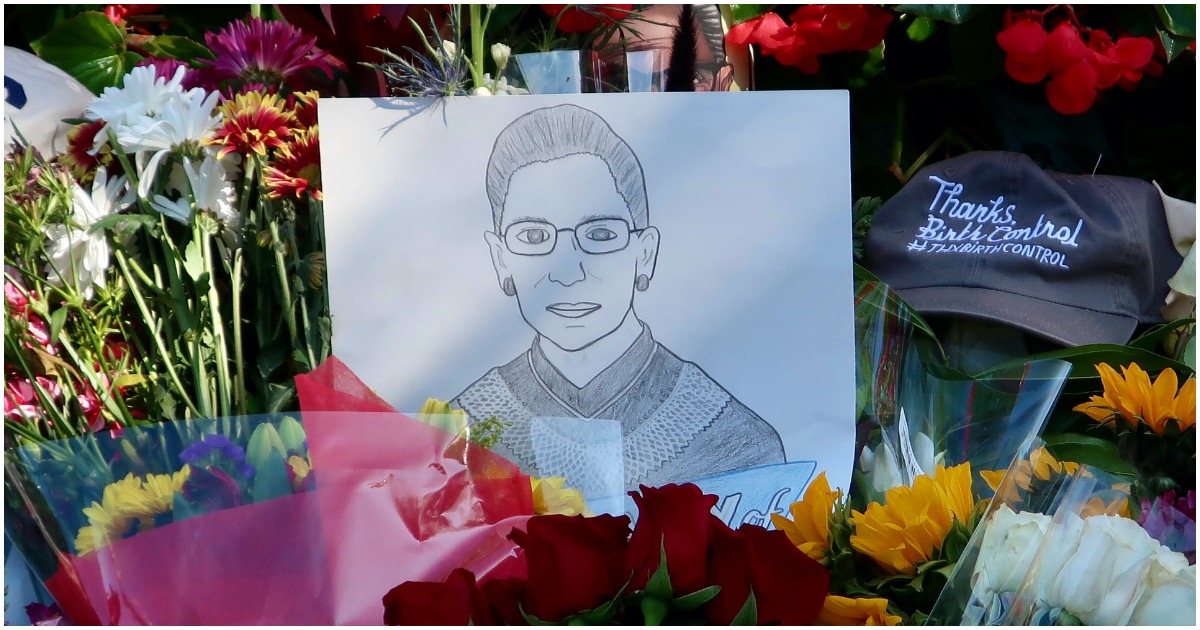 The following article, Ruth Bader Ginsburg – The Fanatical Hagiography of the Political Leftists [Opinion], was first published on Flag And Cross.

They have made their documentaries, movies, and biographies and now they are holding the entire world responsible for fulfilling the last wishes of Ruth Bader Ginsburg.

But for now, the way to fill a vacant seat on the nation’s highest court is still a matter of the Constitution and a Presidential choice for a nominee, not the dying wish of any justice.

We could ask what our nation would look like without RBG, but the answer would depend on who you ask. Not everyone was enchanted by Ginsburg, especially the aborted babies which now number sixty million. What do we suppose their dying wish was?

Ginsburg wished not to die before an election, they wished they could live before being taken by Roe v. Wade.

While it is true that Ginsburg was not a full-blown proponent of Roe v. Wade, she did little to stop it, or diminish it, throughout the years of her time on the bench.

Since the question is a matter of who we ask, what if we asked some evangelicals, theologians or even the Bible.

This is where only the deeply honest dare to tread.

But since RBG was Jewish, she by the very nature of Judaism, would be a denier of Christ. The Jews today, other than Messianic Jews, are still in total unbelief about the divinity and Lordship of Jesus Christ.

This is what the Bible says about that, sad as it may be.

While the Jews are still in unbelief, those among them who yet resort to the Old Testament scriptures also know that Ginsburg didn’t take those words seriously either.

On October 26, 2013 Ginsburg, in full defiance of the scriptures married a gay couple. Ralph Pellecchio and Dr. James Carter Wernz allowed Ginsburg to officiate at their “wedding” in the Chambers of the United States Supreme Court in direct opposition the Hebrew Scriptures.

What are those scriptures? Let us view just this one.

RBG’s fame may have gone to her head so much so, that this act did not turn her stomach, making her in some way – stronger than God.

New York Gov Cuomo announced that landmarks across the state will be lit up blue for the passing of Ginsburg. Those of us who believe no earthly justice is greater than God, see the color as black for the darkness advanced by the left’s judicial super-hero.

Born, Joan Ruth Bader on March 15, 1933, RGB leaves a gargantuan legacy of deeds, but they are not all shining examples of humanity’s best behaviors.

In the realms of theologians and prophetic voices she is a sad testimony of defiance and rebellion against God.

Out of respect for the dead we will not endeavor even a guess at what Ruth Bader Ginsburg is seeing at this moment so soon after her death.

We can feign hope – but it is strained.
Why?

Because the heralded Justice of the United States Supreme Court has yet to meet the righteous Judge of the whole earth.

“And I saw the dead, small and great, stand before God; and the books were opened: and another book was opened, which is the book of life: and the dead were judged out of those things which were written in the books, according to their works.” (Rev 20:12)